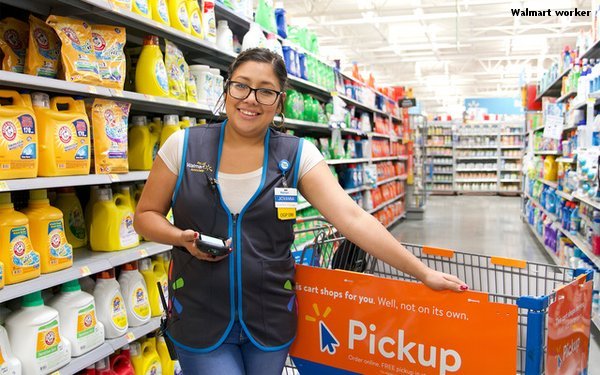 Teaming up with Amazon and Walmart, the United States Department of Agriculture just announced it is expanding its test of SNAP Online Purchasing to Washington state.

SNAP, or Supplemental Nutrition Assistance Program -- which used to be known as the food stamps program -- is already testing the online pilot in New York, where it also works with ShopRite.

It seems like it should be a no-brainer: Low-income shoppers need time-saving convenience as much as everyone else, right?

But marketing to low-income consumers continues to be complicated. Marketing Daily spoke with Ron Hill, Ph.D., professor of marketing at American University’s Kogod School of Business, who has spent decades researching the behavior of impoverished consumers.

Marketing Daily:Marketers are really good at selling an aspirational lifestyle, but lately, there has been so much conversation about income inequality. Might marketers feel more comfortable specifically targeting poorer people? And what is it marketers don’t get about this demographic?

And while it certainly doesn’t work to say, “Hey, poor people, buy this,” marketers do need to understand how close to the edge people are.

About 10% of the population lives in abject poverty. About 40% struggles. And about 60% of America dis-saves, which means they spend more than they earn. How long can you survive like that?

MD: People -- and that includes marketers -- are often embarrassed by words like “poor” and “low-income.” Might that be changing?

Hill: If you were to talk to most people who are at the bottom, perhaps the bottom 20%, many view themselves as struggling but middle class. It’s just this illusion about where we are in the food chain.

And there is still a sense of pride in their identity. I’ve even found that when I worked with homeless people. And so many poor people in the U.S. work multiple jobs, so they don’t see themselves as poor. But they do realize it’s a constant struggle to get those things their family needs to feel whole, which includes things like shelter, food, healthcare and jobs.

MD: Do they see poverty as permanent? I had a stage in my career where I lived on SpaghettiOs, and I bet many people have -- but I viewed it as temporary.

Hill: I think most view life as a constant struggle and don't see it ending.

MD: Let’s talk about brands, like Amazon and Walmart, participating in this SNAP pilot. Are they in a position to build relationships -- I mean good ones, not predatory ones -- with these struggling consumers? To be the kind of company that makes the consumer say, “These people understand me?”

Hill: There are so many obstacles. Almost everything you do with Amazon requires a credit card. There’s no window to walk up to and pay cash.

If you look at the kind of credit cards low-income people have, the rates are quite high: double digits, maybe in the 20s. They often default, and that becomes part of the dis-saving pattern. Walmart traditionally has done well with these shoppers -- but in rural areas, where they don't have access to a lot of other options.

These consumers make constant tradeoffs, especially between branded and generic items. And if brands discount too deeply, they run the real risk of turning other shoppers off.

Many [poorer shoppers] live in isolated communities, food deserts, or places where no one will deliver. They don’t have cars. So they end up paying more for lower-quality stuff.

MD: Tell us more about SNAP, given to recipients on an electronic benefits transfer (or EBT) cards. I know it averages at about $1.40 per meal, but how much money are we usually talking about per month?

Hill: I wish there was a good answer, but because states are involved, the amount people get in total benefits varies quite a bit. But I've never seen a situation where it was enough to make the family feel whole. There’s nothing left over at the end of the month.

MD: How about tech? So many people have smartphones, and lots of experts insist that digital access can level the playing field. Do you agree?

Hill: No. Technology literacy depends upon literacy and education levels. Poorer people buy burner phones because they can afford them. Or they buy into plans and then get kicked off. I’ve had the same cell number for years, but for poorer people, it’s more nomadic.