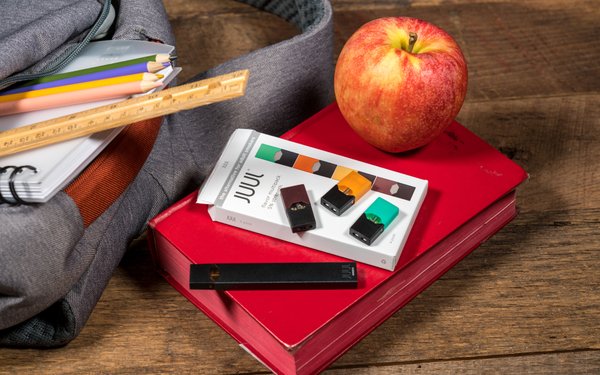 The State of Massachusetts has sued leading e-cigarette maker Juul and its parent company, Pax Labs, charging that the company targeted under-age consumers in its launch advertising.

The prosecutors allege that Juul intentionally chose young-looking models for ads it ran on websites targeted to teens and children, including Nickelodeon’s Nick.com and Nickjr.com, the sites for the  Cartoon Network and Seventeen magazine, and sites meant to assist kids with schoolwork.

Illinois, California and New York have also sued Juul, but Massachusetts is the first to cite the company’s internal ad strategy documents as evidence, according to CNN. State Attorney General Maura Healey, who launched a year-long investigation in July 2018, asked Juul to turn over documents in order to probe its marketing practices and whether it was tracking underage use of its products.

Those documents, charges the lawsuit, indicate that Juul’s “Vaporized”-themed launch marketing strategy, starting in 2015, was designed to persuade young people that its e-cigarette is a “cool, cutting-edge tech lifestyle product that advances (a user's) image."

The suit, filed yesterday, also alleges that the company picked advertising models who appeared to be “inappropriately or unsuitably young,” and that its internal documents describe the models as "New York trendsetters who embody the Juul brand and speak to millennial consumers."

It asserts that Juul’s own board of directors, as well as employees, “acknowledged concern that models photographed for the Vaporized Campaign appeared to be too young."

Further, it alleges that Juul’s documents indicate that the company gave celebrities with big teenage fan bases Juul products to try to recruit them as influencers.

A Juul spokesperson told CNN that the company had not yet reviewed the lawsuit, but stressed that Juul’s customer base is “the world’s 1 billion adult smokers, and we do not intend to attract underage users."

"We remain focused on resetting the vapor category in the U.S. and earning the trust of society by working cooperatively with attorneys general, regulators, public health officials, and other stakeholders to combat underage use and transition adult smokers from combustible cigarettes," the statement added.

But in September 2019, after CNN, CBS, Viacom and WarnerMedia banned e-cigarette ads, Juul suspended all broadcast, print and digital product advertising in the U.S., at the same time it replaced its CEO.

The Food and Drug Administration has now banned the sale of flavored e-cigarettes, and more regulation may be on the way.