The Billion Dollar Primary (And Then Some) 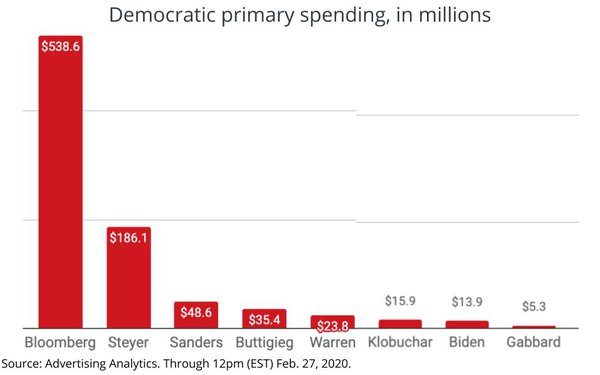 Actually, as of 12pm (EST) today, candidates have spent $1.03 billion, and still counting, on media buys related to the 2020 Presidential primaries and caucuses, according to public file data compiled by Advertising Analytics.

"We have already surpassed our initially predicted total of $970 million with four months to go until the Democratic Convention," the competitive ad researcher writes in a just-released primary report. "Of this total, $969 million has been spent by Democrats and $67.9M has been spent by Republicans."

More than half that total comes from one candidate alone -- Mike Bloomberg -- while 77% came from billionaires, if you include two others: Tome Steyer and the incumbent President.

Based on this "pacing," Advertising Analytics projects $322 million will be spent on Facebook and Google alone. 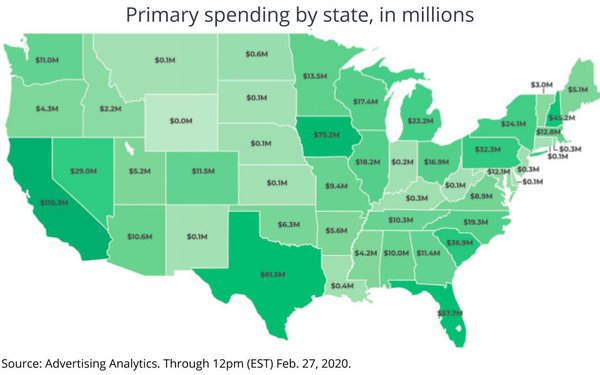