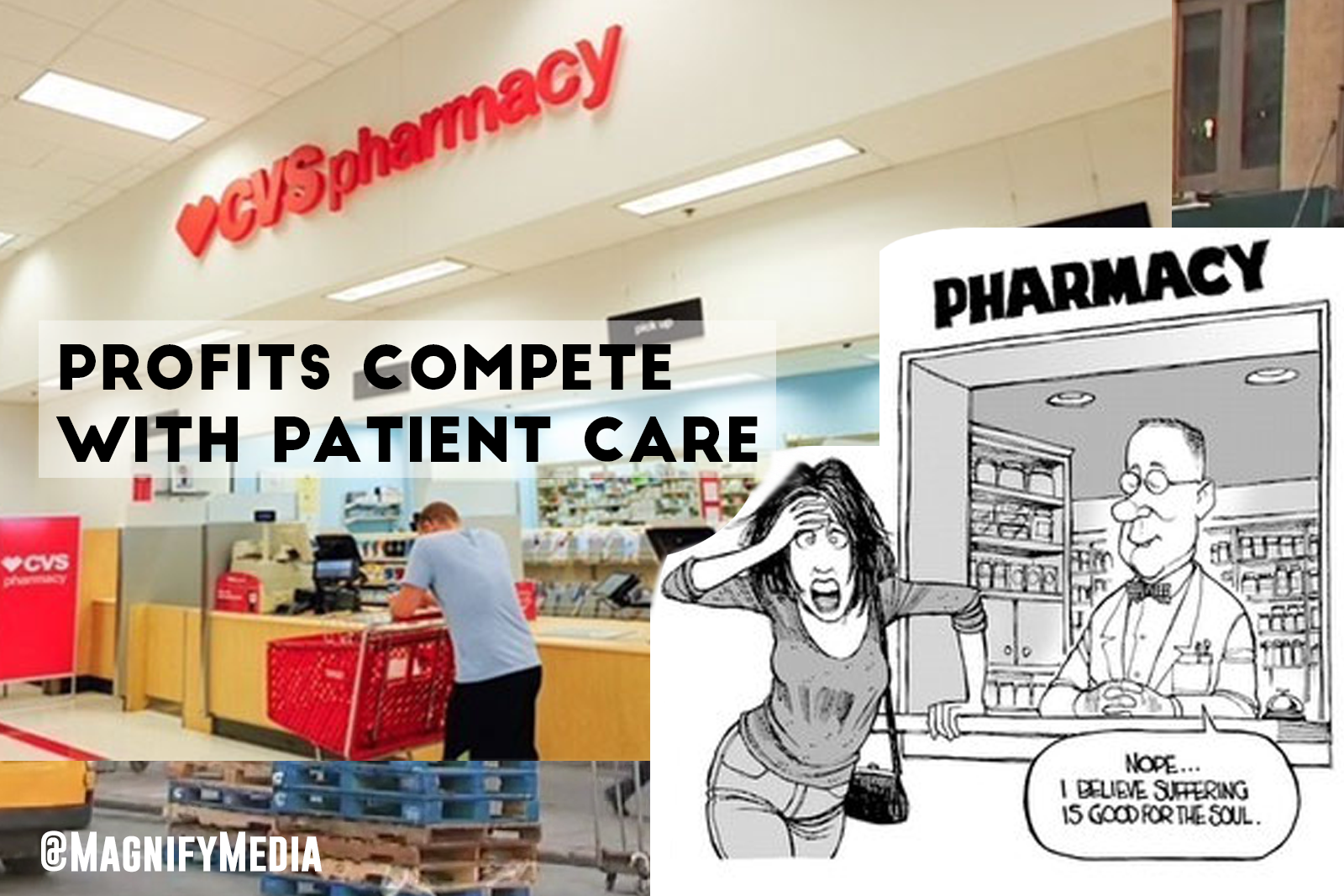 For a moment, I almost felt bad. Behind the counter was a pharmacist. With the store’s computers down for three hours that morning, he was answering the phone, dealing with unhappy or confused patients, or trying to get through a backlog of prescriptions that had gone unfilled

CVS isn’t a just a pharmacy, an insurance company,  or mail-order pharmacy, or a pharmacy benefits provider.  In fact it’s all four things, often with byzantine and competitive policies and procedures.

So when a patient says to the pharmacist “I just want this prescription filled” and the pharmacist responds, “Well, your insurance company has rejected the claim,” he knows what he’s going to hear next: “My insurance is CVS, and you’re CVS — why can’t you fix this?”

The answer is that though the companies have the same logo and the same name, they’re not partners. Often they’re competitors — with draconian goals and targets for retail pharmacies to increase productivity, cut costs, and sell more products, while the insurance company is incentivized to reject claims and not pay for prescriptions. If that doesn’t make sense, you’re not alone.

The pressure is intense, and mistakes cost lives.

On the public boards of Reddit, CVS retail employees pour out a firehose of anger — at customers, the company, and the pressure to increase profits risking the lives of patients.

"Does anyone else get the urge to just walk out?” posted MentallyInsane 101 “Rude customers, one after the other after the other!! And do you think I let them talk disrespectfully to me? NO! I don't care what CVS policy is, I will not let customers think they can verbally abuse me or my colleagues!”

Then Pepperoni4ever responds:
"Battling the same thing over here for sure. I used to love this job. It was the least stressful I've ever had. My manager and CVS corporate's dumb decision to leave us short-staffed for the foreseeable future has made my shifts hell at my high volume store."

So, the overwhelmed and under-resourced guy behind my counter is not alone.

Pharmacist are also required to call patients, dozens each day, based on a computer-generated list, according to a report in The New York Times.  They are assessed on the number of patients they reach, and the number who agree to their request to turn on auto-refills. CVS pharmacists and telesale drug pushers is a pretty unfortunate marketing strategy. And pharmacists facing pressure to reach quotas is a recipe for disaster.

So, how dangerous is the state of pharmacy in America?  The third leading cause of death in America is medical errors. That’s between 250,000 and 440,000 people a year.

How did CVS get so damn big? It’s a classic roll-up that started in 1972 with a run of purchases, including Clinton Drug, Mack Drug,  People Drug Stores, Revco, S Eckerd stores and Sav-On. In 2015, CVS purchased Target's pharmacy business, and in 2018, CVS bought Aetna health insurance for $69 billion.

With revenue of $140 billion in 2015 —  97% of that from prescription drugs and pharmacy services — CVS could be considered the country’s largest healthcare company. Which means bigger than the drugmakers and bigger than the insurers. And that was before the acquisition of Aetna.

But the conflict of being a pharmacy benefits manager, a retail pharmacy, and an insurance company means a patient is often getting competing information from various “CVS” companies, with doctors and caregivers being forced to respond to protocols that often are more focused on profitability than patient health.

Should a pharmacy own an insurance company? That question is certainly part of the larger question America is now facing in health care.