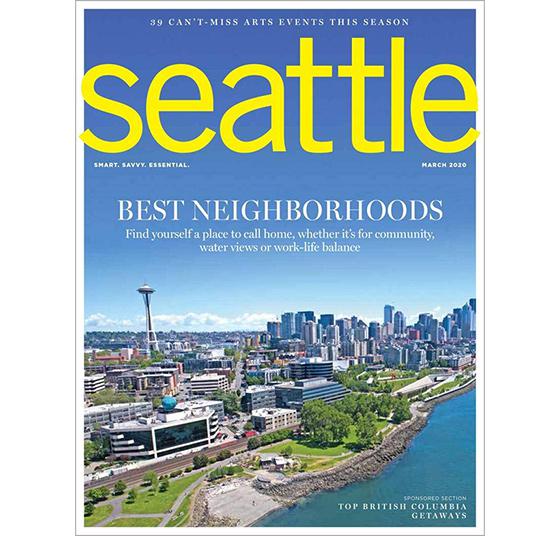 Sposato said he is buying the magazine because he does not "want it said that in the years when my generation came of age, that Seattle lost its voice.

"I was raised here and watched Seattle transform from a city known for Sasquatch, Bruce Lee, coffee and airplanes, into a world-class metropolis on par with other iconic destinations across the globe,” Sposato stated. “Not only are we home to the most valuable technology companies in the world, this city has also given birth to the most famous musicians, performing artists, business leaders, athletes, and of course Oprah's favorite Mac "N" Cheese. Seattle is not dying, it's thriving."

The transaction is expected to close shortly, with the first issue under Sposato's leadership hitting newsstands and online in late spring.

Sposato plans to “significantly scale the publication's digital presence and expand Seattle magazine's existing team to support growth,” according to a release. He intends to add multiple new hires immediately.

“Together, we plan to grow Seattle magazine’s digital presence without sacrificing the beautiful monthly lifestyle publication you’ll still be able to have delivered to your home or pick up in the check-out line,” editor-in-chief Chelsea Lin wrote in a post to readers on the Seattle site.

“Expect even more of what you love," Lin added. Changes "will be evident this spring" both online and in print, she added.

Seattle magazine has a readership of around 191,000, according to its media kit.