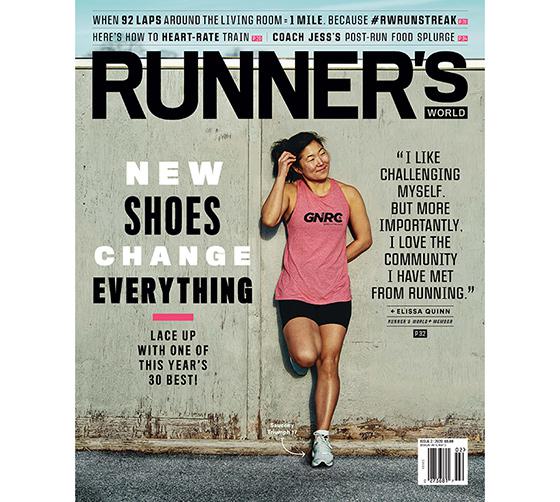 When Runner's World launched its membership program, Runner’s World+, about a year ago, it received an enthusiastic response from its readers, some 13,500 who have since become members.

Runner's World+ offers more than a program with perks and extras, though it's part of the appeal, which includes exclusive tools, training plans, expert advice, videos and coaching sessions through a tiered system.

The team behind the program has created a community where Runner’s World’s most passionate readers could connect with each other and well-known personalities, such as coach Jess Movold and Runner-in-Chief Jeff Dengate.

“We’ve always had a very loyal readership,” Bill Strickland, editorial director of Runner’s World, told Publishers Daily. “A little over a year ago, we decided we would try to formalize this and reach out to the most loyal of that most loyal to figure out how we could give them more of what they want.”

Over the course of its inaugural year, the program has brought profiles of its members live online, in addition to its slate of exclusive content.

To celebrate the program’s first anniversary, Runner’s World decided to feature a member on the cover of the print magazine. Runner Elissa Quinn, who was an early joiner to the Runner's World+ program, was photographed for the issue and shares her personal running story. The issue hits newsstands today.

“[Quinn] had a really compelling story,” said Strickland. “We loved that running meant a lot to her and she was transformed by running. She felt very real. We also liked, frankly, that in a way nothing stands out about her — all of these things are common to the running experience. She gave us a chance to showcase running.”

Runner’s World+ has provided other opportunities to better connect its members over the past year, including an activation at the NYC Marathon, which included goodie bags, in-person interactions with coaches and a new shoe-testing experience that counted between 200 and 300 runners.

While Runner’s World has its own shoe-testing staff, for the past five months, testers from the membership program have come to Easton, Pennsylvania, where Runner’s World is headquartered, to pick up shoes and provide feedback. Dengate, who runs the program’s newsletter, is in charge of outreach for the testing program. Strickland views the program as an opportunity to perhaps connect members with shoe brands down the line.

While the membership program received a supportive round of interested upon its launch, Strickland notes numbers began to noticeably increase in June-July 2019. Since then, the program has continued to report month-over-month growth.

“If we want to continue on this trajectory, we would be ecstatic if we were able to double the growth we have now by this time next year. We also want to continue to explore what our runners value the most and how we can continue to give that to them,” said membership director Jalaine Johnson. “It’s an ongoing journey that depends on keeping the conversation open.”

Maintaining the intimacy of the program is a priority. The team plans to focus on engagement across member-to-member communication, as well as explore more engagement opportunities with the program’s online content.

“There are ways we can strengthen the relationship within the community itself, which would increase that person-to-person interaction with the same value in a scalable way,” said Johnson. “We want to balance the two to promote growth, while keeping personal interaction alive.”

Strickland added: “This isn’t an isolated project for us. What we’re doing now is integrating the membership content throughout the whole staff.”

For example, as editors approach stories like the Olympic marathon trials that took place in Atlanta recently, they also focus on exclusive stories for Runner’s World+ members.

“The way we grow the program is by becoming a membership publishing group,” said Strickland.