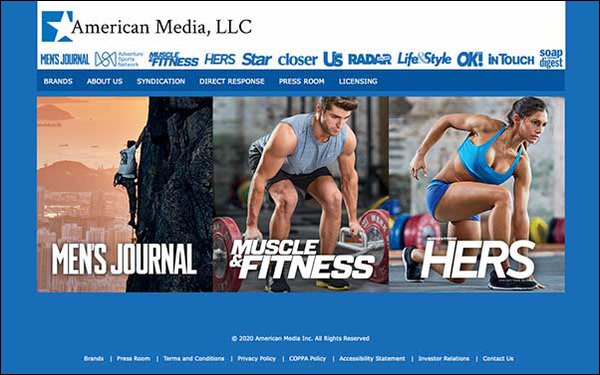 American Media, Inc. has let go about two dozen editorial staffers from its celebrity magazine brands, according to multiple reports.

Radar Online, OK! and Star magazines were reportedly hit the hardest. AMI’s other Celebrity Digital Group titles include Us Weekly, InTouch and Closer.

A source told the New York Post that nearly all of Radar’s digital staffers were laid off.

Editorial employees at nearly all levels were affected by this round of cuts, including associate editors, digital writers, an executive editor, a video producer and a reporter, according to Business Insider.

The layoffs are part of a reorganization of AMI’s Celebrity Digital Group.

“Like many in the industry that have been negatively impacted by algorithm changes at Google, Facebook and others, American Media is right-sizing the cost base to the revenue base, with strategic decisions that improve efficiencies and profitability,” the company said in a statement given to the media.

Last week, the entire editorial staff of about 20 were let go from AMI’s Men's Journal, as it relocates to Carlsbad, California.

The magazine’s editorial arm is being absorbed by AMI’s Adventures Sport Network, which includes 14 adventure and sports magazine brands purchased in 2017 from TEN: Publishing.

Men's Journal’s print frequency will drop from 10 times a year to six.

In February, AMI sold its fitness magazine titles — including Muscle & Fitness, Flex and M&F Hers — to Jake Wood, a fitness-industry insider based in California.