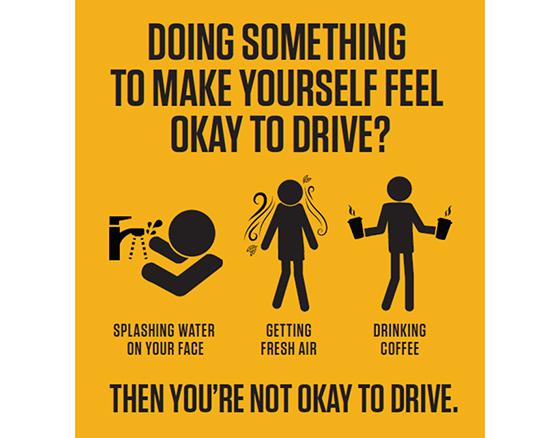 The Anheuser-Busch Foundation and the Ad Council are partnering on a new campaign for the Council's Buzzed Driving Prevention program as the initiative enters its second year.

This year’s messaging, developed in-house by the Ad Council, focuses on concertgoers in two cities — Phoenix and Houston — by suggesting if they feel they need to drink coffee or get fresh air after drinking, it’s best if they find an alternative way to get home.

A major campaign element will be mircro-targeted messaging in and around concert venues in both markets. Emails and social media will also target young men ahead of scheduled events with reminders to plan ahead and consider ride-sharing possibilities.

Last year’s campaign concentrated on reaching concertgoers in Harrisburg, Pennsylvania and Seattle. Among over 5,000 concertgoers surveyed, 74% of drinkers reported taking safe transportation home from events, and 14% of drinkers who drove to the event found alternative, safe ways home.