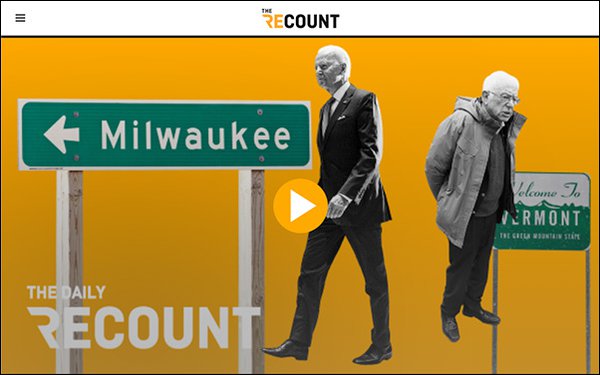 Short-form political video startup Recount Media has raised $13 million in a Series A funding round.

Recount Media was created by veteran journalists John Battelle and John Heilemann. (Heilemann is the host, executive producer and creator of Showtime's documentary series "The Circus." He's also a national-affairs analyst for NBC News and MSNBC.)

Battelle and Heilemann met at Wired magazine. Battelle helped start the publication, while Heilemann was a staff writer.

Recount Media's funding round is led by Union Square Ventures, according to Axios, which first reported the news. It added The Recount is in talks with distribution channels, including Google, Amazon, Samsung, Roku, FuboTV and Quibi.

The round is also funded by True Ventures and strategic partners ViacomCBS and Burda Principal Investments, a division of Hubert Burda Media.

Battelle told Axios the funding will be used to expand video programming to increase TheRecount’s licensing and distribution deals, its main sources of revenue. He also explained the company, which currently employs 20 people, most of whom are journalists, could hire up to 15 people in the next 15 months.