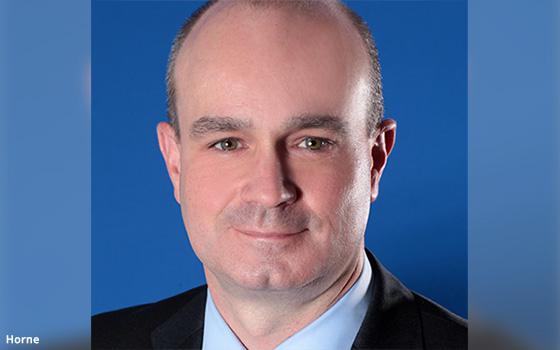 Horne comes to Gannett from The We Company (WeWork), where he served as global controller. In that role, Horne oversaw accounting, internal audit, shared services and tax functions. Horne has also served as senior vice president and controller at Warner Media LLC, where he worked for eight years, and as deputy CFO and Chief Accounting Officer at AOL Inc..

Of Horne’s new role, Michael Reed, chairman-CEO of Gannett, stated: “With over 20 years of media-specific finance experience, including establishing the public-company finance and accounting functions for the spinoff of AOL from Time Warner, as well as leading the administrative integration planning and cost synergies program for the AT&T and Time Warner merger, Doug is a perfect fit for our organization.”

Separately, longtime American Media Inc. staffer Dylan Howard has parted ways with the publisher after more than a decade.

Howard’s contract was not renewed when it expired at the end of last month, Variety reports. Sources told the outlet the decision was mutual.

Most recently, Howard served as senior vice president in corporate development and was EIC of Radar Online for six years. He also served as Chief Content Officer for all of AMI’s titles, which include National Enquirer, Closer, Life&Style and InTouch.

Over the years, Howard’s conduct at AMI became a point of controversy. In 2017, he was accused by several AMI employees of sexual harassment that spanned years of abuse.

In 2018, Howard threatened to sue Ronan Farrow and his publisher following the release of Farrow’s best-selling book Catch & Kill. He was accused by both Farrow and The Wall Street Journal of covering up stories about President Trump and destroying incriminating documents.

Following economic fallout connected to the COVID-19 virus, both AMI and Gannett recently cut the salaries of their staff. AMI cut salaries by 23%, while Gannett ordered reporters and editors who earn more than $38,000 to take an unpaid week off on a rotating schedule, while executives will take a 25% pay cut.
magazines, management, newspapers
Next story loading