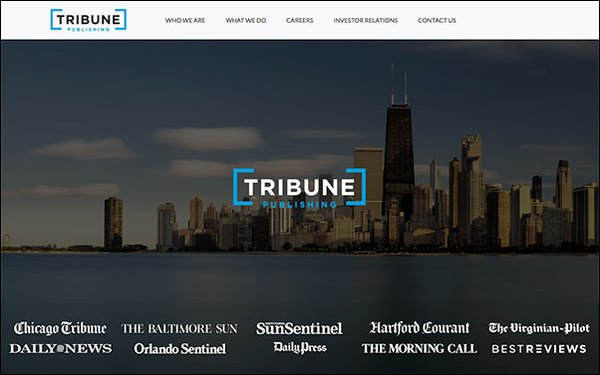 After instituting pay cuts across its nonunion employees earlier this month, Tribune Publishing announced it will furlough employees across the company.

Staffers will take three-week furloughs in one-week increments between May and July of this year to “ensure financial stability,” but will retain health benefits during those periods. Furloughs affect nonunion employees who make between $40,000 and $67,000 per year, the Chicago Tribune reports.

As an alternative to a furlough, employees have the option of receiving a severance package and leaving the company.

The move comes as the company experiences a further decline in advertising revenue amid the COVID-19 pandemic.

“Despite strong engagement with our journalism, the impact on advertising has been profound,” CEO Terry Jimenez said in a memo to employees.

“Statewide stay-at-home orders have been extended beyond initial government orders, and as a result, we will need to take additional measures to ensure the financial stability of the company.”

Tribune’s newsrooms are largely unionized or working toward creating a union, leaving the impact of the furloughs unclear. However, Jimenez’s memo noted that the company is exploring cost-cutting measures across its unionized staffers, as well.

Alden, known for stripping newspapers of staff and resources, runs its publishing division under the name MNG Enterprises.

Jimenez took over the post of CEO after Tim Knight stepped down in February.

Separately, newly launched tech outlet Protocol reportedly laid off 13 of its staff across business and editorial.

Protocol was launched by Politico’s publisher in February with more than 25 reporters.

They wrote: “The coronavirus crisis has done nothing to shake our faith in Protocol’s mission or our long-term opportunity, but there’s no denying that the pandemic has profoundly changed the economic realities of the present — for tech, for journalism and for Protocol.”

Executives at the company are also taking pay cuts, the memo stated.