'Los Angeles Magazine' To Launch First Podcast, Focuses On 'Icons Of The City' 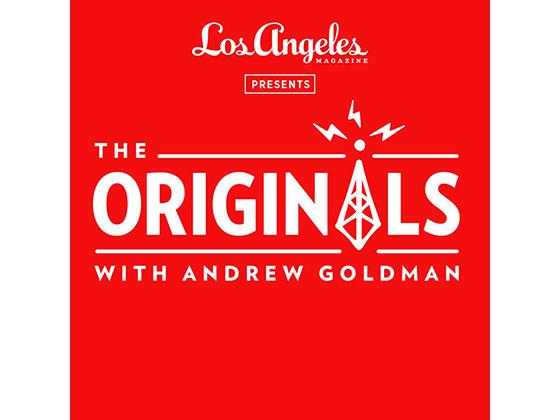 Magazine is launching its first podcast next Tuesday, April 28, in a content deal with journalist Andrew Goldman.

The episodes will roll out each month in three places: as a full-length interview on the podcast, as a shorter article in the print publication of Los Angeles and its website.

Goldman published several episodes of his one-hour podcast “The Originals” independently in the fall of 2018.

The first three episodes of the new series have already been recorded. They feature Fran Drescher, Bruce Vilanch and Joan Collins, respectively.

The episode with Drescher will premiere on Tuesday.

Los Angeles is “filled with incredibly interesting characters who have shaped our culture in all kinds of important ways,” Los Angeles  editor in chief Maer Roshan told Publishers Daily. “Most of the media is so consumed with tracking the next new thing that they tend to ignore the classics.”

"The Originals" will be “an unvarnished, conversational and sometimes controversial look at the icons of the city,” he said.

When asked if the COVID-19 pandemic affected the launch of the podcast, Roshan said: “We briefly considered delaying the podcast until things settled down, but we also wanted to keep these conversations as fresh and topical as possible."

The Drescher interview, he added, has “many newsmaking things that seem especially relevant at the moment, so we decided to move ahead.” Los Angeles was ripe for a podcast, because “everyone drives in L.A., so there's a special demand in this city for unique, interesting content that you can consume in your car," Roshan said.

Though most people are stuck at home, due to COVID-19, “that’s not going to be the case for very long, I hope. Also, even homebound Angelenos can't survive on Netflix and video games all day,” he added.

Goldman wrote for Roshan at New York , Talk and Radar, where Roshan was deputy editor, editorial director and founder, respectively. He also wrote the "In Conversation" column for the New York TimesMagazine. It's since moved to Vulture.

“I loved the interviews he has done for the New York Times Magazine and New York," Roshan said. Goldman "has this uncanny ability to get people to talk about all kinds of surprising, funny andmoving things. He makes people feel very comfortable, which is a great skill for a journalist."