Simple: Court Says Bud Light's 'Corn Syrup' Ad Tells It Like It Is 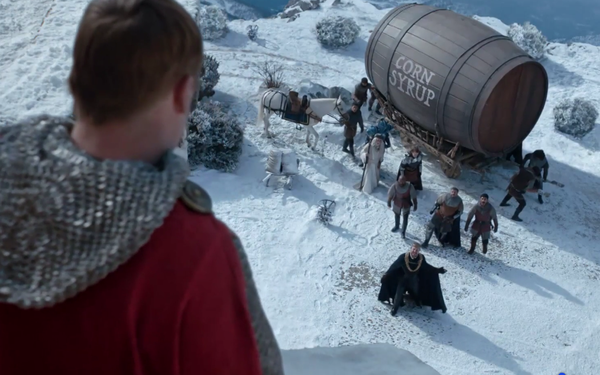 In a ruling that seemed disappointingly simple, the U.S. Court of Appeals for the Seventh Circuit late last week said Bud Light can continue to say that Coors Light and Miller Lite use corn syrup in their beers.

Because. . .  well, because they admit they do.

In ads that appeared in the 2019 Super Bowl and afterward, Bud Light mocked Miller Lite and Coors Light for using corn syrup, which is increasingly seen as an unhealthy ingredient by parts of the general public that may be confusing it with high fructose corn syrup.

Outraged by the ad, a couple of months later, Molson Coors, which brews Miller Lite and Coor Light, sued Anheuser-Busch InBev for the “false and misleading” advertising.

The corn syrup is only used in the fermentation and is not on in the beer itself, Molson Coors argued, and a lower court earlier constrained Bud Light from overstating its claims. So Bud Light could continue to say the Coors and Miller brands were “brewed with” or “made with” or “use” corn syrup, but not say the beers “contain” it.

The appeals court last week seems to have ended the hair-splitting about what Bud Light can or can’t say, hinged on the fact that Molson Coors admits that it itself lists corn syrup as one of its “ingredients,” the three-panel court said.

“By choosing a word such as ‘ingredients’ with multiple potential meanings, Molson Coors brought this problem on itself,” the court said. “It is enough for us to hold that it is not ‘false or misleading’ for a seller to say or imply, of a business rival, something that the rival says about itself.”

Said U.S. Circuit Judge Frank Easterbrook “If I see an ingredient listed on the back of a corn flakes box, I expect that ingredient to be in the product.”

In the ruling the judges underscore that,  “This case is and always has been simple.”

And the court judges, in their ruling,  suggested,  “If Molson Coors does not like the sneering tone of Anheuser-Busch’s ads, it can mock Bud Light in return. Litigation should not be a substitute for competition in the market.”

The Super Bowl commercial  showed the medieval Bud Light “fortress”  rejecting the delivery of a giant barrel of corn syrup, being pulled on a horse-drawn wagon.

“That’s not ours. We don’t brew Bud Light with corn syrup,” said the king who then leads the barrel  and a caravan to the Miller Lite and Coors Light castles.

Anheuser-Busch InBev, commented only briefly on the ruling, pointing out that from the beginning it believed the suit was “baseless.” Molson Coors said it was “disappointed” with the ruling and exploring its next move.