'Graduate Together' Goes Behind The Green Screen 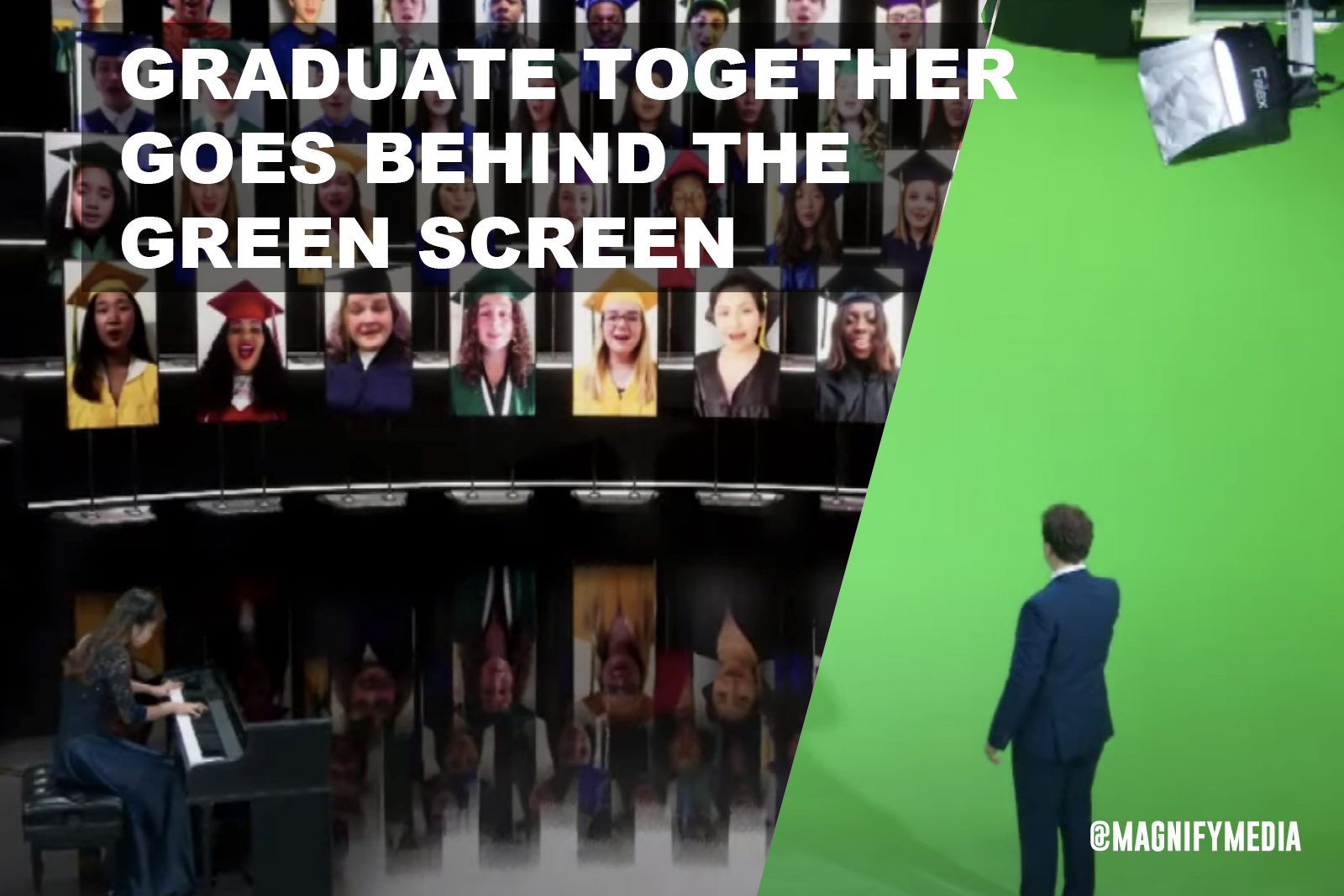 It’s a celebration, a chance to take a deep breath and acknowledge accomplishments. But it’s also a stressful and emotional step across the line — from high school out into the real world, and from college out into adulting.

It’s a step into the abyss, and even in the best of times, graduation is an emotional minefield.

For everyone, COVID-19 is destabilizing and disruptive. Lives, jobs and internships are lost, and school academic seasons are disrupted.

So the idea of replacing graduation in the real world with an online video/television program seemed like a well-meaning effort destined to miss its mark.

Still, on Saturday night, “Graduate Together” made a bold attempt to be inspirational, hopeful, supportive, and entertaining. Reaching across platforms, it was a soulful and spiritual coming together, a remarkable bright spot in a dark time.

The program started with a virtual chorus. The producers made a powerful decision right at the start. While the chorus was elegantly produced and mixed, the very last shot dissolved away the virtual set and left the conductor and piano player on a massive green screen set.

While all the celebrity messages were carefully curated and dialed down, it was the music that managed to hit the right chord for an audience of trepidatious high school seniors.

Dua Lipa  sang a virtual rendition of “Break my Heart” that began with a high-school marching band.  H.E.R.  performed the song “Sometimes,” which served as an inspirational anthem for anyone going through trying times. " And the politically conscious Alabama rapper Chika performed “Crown” as artist BMike created a street art mural.  “I hope this song can bring everyone a little more inspiration right now,” Chika told the class of 2020.

You can watch the entire program here.

The show aired across ABC, CBS, Fox, and NBC -- and on YouTube, Instagram, Facebook, Snapchat, TikTok, PeopleTV, and Complex Networks -- and was produced by Done + Dusted and James' SpringHill Entertainment. The organizer who led the effort was Laurene Powell Jobs and her XQ Institute.

The hour-long program carefully wound its way through support, inspiration, and an underlying message that there is community and support out there for students who need it.

It ended with a presentation by former President Barack Obama.

Obama actually gave two virtual commencement addresses this weekend  -- one for “Graduate Together, and the second, for graduates of historically black colleges and universities.

In the first, he told the seniors the outbreak had forced them to “grow up faster than some generations,” as they have had to deal with the pressures of social media, school shootings, climate change and, now, a pandemic.

“More than anything, this pandemic has fully, finally torn back the curtain on the idea that so many of the folks in charge know what they’re doing,” Obama said in the other address. “A lot of them aren’t even pretending to be in charge.”

“Doing what feels good, what’s convenient, what’s easy — that’s how little kids think,” he continued. “Unfortunately, a lot of so-called grown-ups, including some with fancy titles and important jobs, still think that way — which is why things are so screwed up. I hope that instead, you decide to ground yourself in values that last, like honesty, hard work, responsibility, fairness, generosity, respect for others.”

“If the world’s going to get better, it’s going to be up to you,” said Obama.

I’m not sure if the high school seniors heard his message, but I sure did.