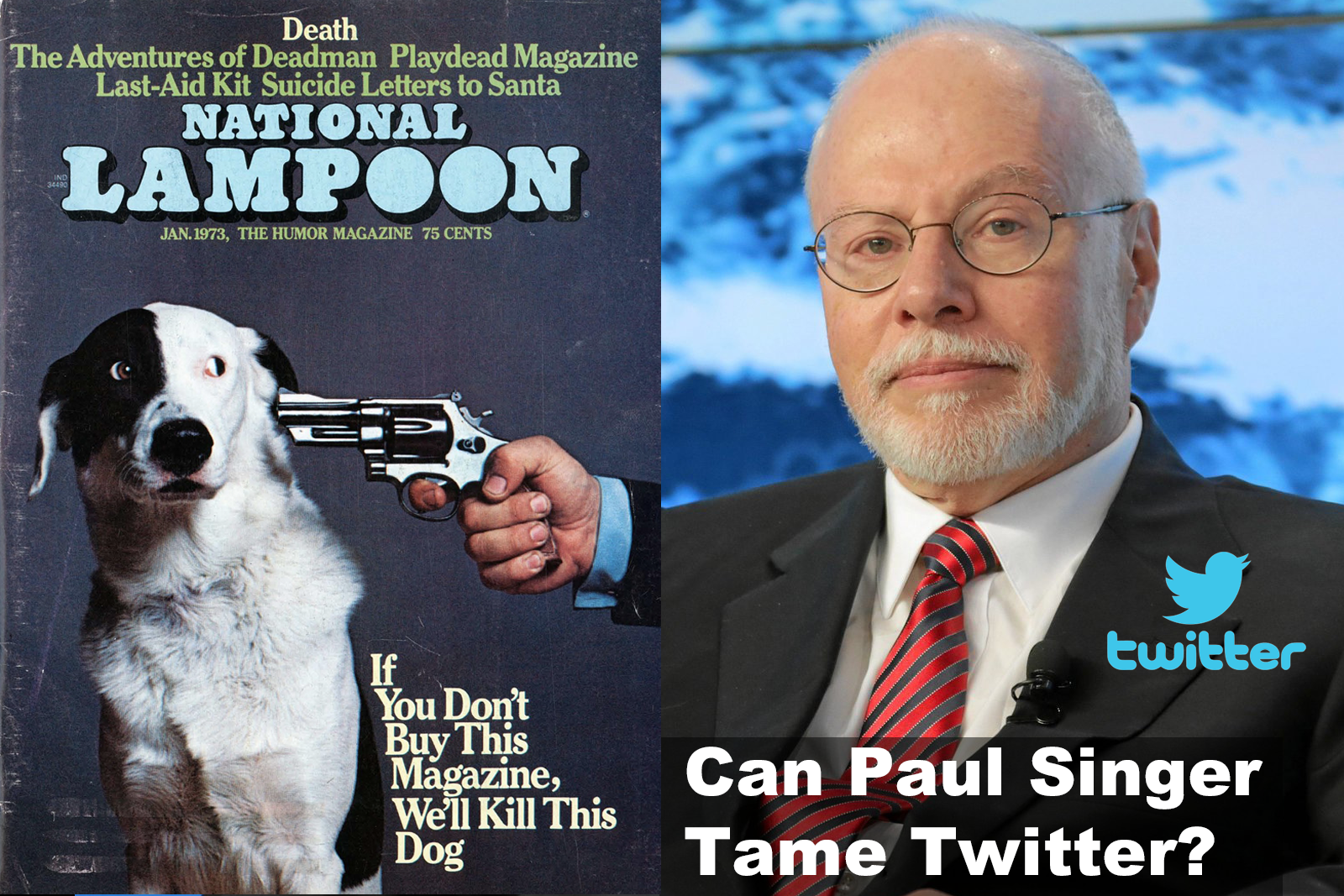 If you’ve ever watched the film “Wall Street” and found the Gordon Gekko character played by Micheal Douglas instructive, now is the time to give it another screening.

You should, though. Through his firm Elliott Management, Singer has been engaged in a determined effort to take control of Twitter.

First, let’s understand who Singer is — and his background in politics — and then we’ll try and decipher how his arrival at Twitter is likely to impact the trajectory of the company and its complicated relationship with Donald J. Trump.

He’s been described as one of the  "smartest and toughest money managers" in the hedge fund industry by Fortune magazine. But others have less charitably labeled him a “vulture capitalist.”

He’s focused on making returns for limited partners in his various funds, and was among other things a pioneer in the business of buying up sovereign bonds on the cheap and then going after countries for unpaid debts, among them Argentina, Peru, and the Republic of Congo.

He’s a major Republican donor, and before the 2016 election was a public and active anti-Trump conservative, backing Marco Rubio. Then, after the election, he shifted to Trump, providing a million-dollar donation to Trump’s inaugural committee.

Singer is  also an active supporter of Israel. Among the issues he’s fought against is the proposal to tax the 1% more aggressively than the middle class. He’s also a public and active supporter of gay marriage and LGBT rights — after one of his two sons came out as gay and married his partner.

In March, Twitter announced it had landed a $1 billion lifeline from Silver Lake, a well known and active tech investor. As part of that deal, it also entered into an agreement with Singer’s Elliott Management — which currently owns about 4% of Twitter — to use that investment plus cash on hand toward a $2 billion share repurchase program. Share buybacks have replaced dividends as a way to return cash to shareholders.

And Twitter announced two new members of its board of directors, one of them being Elliott’s Jesse Cohn.

So here we stand. Singer is very much running the table at Twitter. And he’s a significant shareholder at Oracle, DropBox, AT&T, Dell, and more.

So, is the Trump/Dorsey battle real, or is it just theater? And is Singer still a Trump supporter?

Trump has been taking on Wall Street bears as the pandemic hurts the economy.

Trump said on Twitter that it’s “barely legal” for pessimistic investors to give gloomy forecasts if they stand to profit from market crashes like the ones the virus crisis caused. “When the so-called ‘rich guys’ speak negatively about the market, you must always remember that some are betting big against it, and make a lot of money if it goes down,” Trump tweeted. “Then they go positive, get big publicity, and make it going up,” he added. “They get you both ways. Barely legal?”
Somehow, one can’t help but wonder if he’s talking about his pal Singer in those tweets.

Paul Singer’s Elliott Management wrote an April letter to clients that warned stocks could fall 50% or more from their February highs, encouraging a bearish response. Trump was not pleased.

And after Twitter placed a warning on one of Trump’s tweets that falsely suggested mail-in voting was likely to encourage voter fraud, Trump fired back with an executive order rolling back the famously powerful Section 230 rules from the Communications Decency Act, which protect websites from liability for content created by their users. Said Trump: "Social media giants like Twitter receive an unprecedented liability shield based on the theory that they’re a neutral platform, which they’re not, not an editor with a viewpoint.”

To many, the move was reminiscent of a famous National Lampoon cover (see above). Threatening to ‘“kill” or even maim Twitter would be threatening the very social media air Trump needs to breathe. And holding platforms responsible for content would likely dramatically increase the limit on content and Trump’s unfettered access to the platform.

Is another four years of Trump good for Singer and his client? And if not, can further limiting Trump's access to the Twitter social media firehose level the playing field between Trump’s profligate and often factually inaccurate posts, and Joe Biden’s inevitably more measured social media messages?

Trump vs. Singer: Game on.