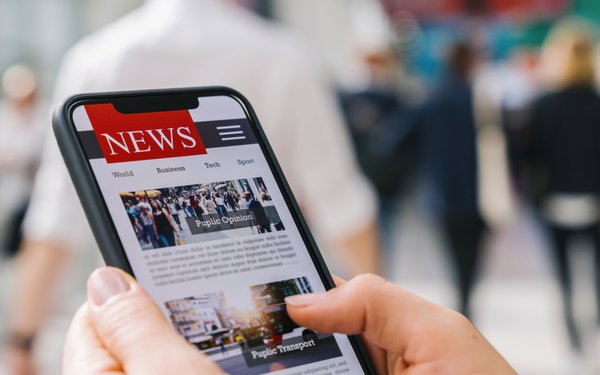 The percentage of Americans who pay for online news subscriptions is up 4% compared to last year, according to a new, extensive report from the Reuters Institute for the Study of Journalism.

The “Digital News Report” for 2020 surveyed more than 80,000 people in 40 countries about their digital news consumption.

The majority of those who pay only subscribe to one title. Around half of those that subscribe to any online or combined package in the U.S. use The New York Times or The Washington Post, the Reuters Institute found.

In the United States, 30% subscribe to one or more local titles, with 131 different titles mentioned.

Paying for more than one subscription has also become increasingly common in the U.S. — 37% do so.

Of the respondents, 4% of those in the U.S. say they donate money to a news organization.

Some 88% of people in the U.S. who pay for news think they are still likely to be paying a year from now, and “around half of those who currently have free access say that they might start paying if their free access runs out.”

However, 40% in the U.S. say that nothing could persuade them to pay for an online news subscription.

Around one in seven respondents in the U.S., U.K. and Norway say paying to avoid intrusive ads may tempt them to subscribe.

In the U.S., people who get most of their news from cable TV are also most likely to prefer news sources that “share their point of view.”

TV news and online sources “have seen significant upticks, and more people identify television as their main source of news, providing temporary respite from a picture of steady decline,” writes Nic Newman, senior research associate at the Reuters Institute for the Study of Journalism.

Lockdowns caused by the spreading COVID-19 virus boosted TV and online news, according to the report.

“Consumption of printed newspapers has fallen as lockdowns undermine physical distribution, almost certainly accelerating the shift to an all-digital future,” he added.

Also, 67% of U.S. respondents said they’re “concerned about what is real and fake on the internet when it comes to news.”

In the United States, one in five (21%) access a news email weekly. For almost half of them, it is their primary way of accessing news.

The Reuters Institute for the Study of Journalism is a research center at the University of Oxford that tracks media trends. It is funded by the Thomson Reuters Foundation.