'The New York Times' Lays Off 68 People, Mostly Across Advertising 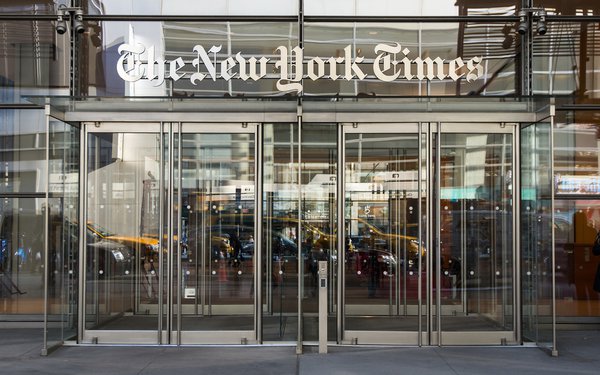 In an internal memo to employees yesterday, The New York Timesannounced it had laid off 68 people, many came from its advertising team. The newspaper’s newsroom and opinion sections were not affected.

New York Times President-CEO Mark Thompson and Executive Vice President-COO Meredith Levien wrote in the memo: “The eliminations are taking place in parts of the company that have seen a significant immediate impact from the virus, but they also reflect long-term trends in our business and are fully consistent with the company’s strategy.”

Laid-off employees are reported to receive a minimum of 16 weeks of severance and medical benefits, in addition to a $6000 sum to assist with job transition costs. Departing staffers will also receive six months of outplacement services.

In May, The Timesreleased its Q1 earnings report, which announced its largest quarter for subscriptions ever as it added 587,000 digital subscribers.

But even as it delivered promising subscription numbers, the NYT announced its advertising revenues had dropped by 15.2% between Q1 2019 and Q2 2020, due to the COVID-19 pandemic.

Thompson stated at the time the company expected a further drop between 50% and 55%, compared to a year ago in Q2.