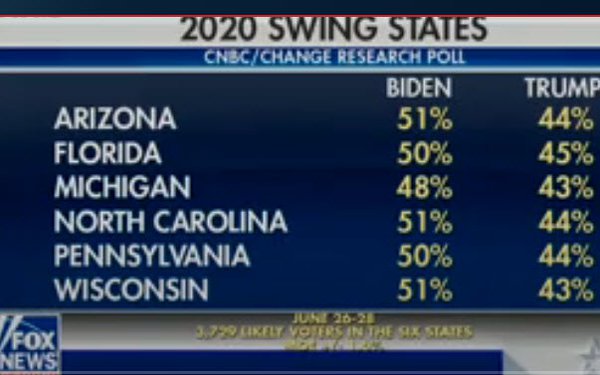 President Trump appears to have lost all patience with Fox News’ occasionally allowing the expression of facts and opinions that are not wholly in line with his narrative.

“Now, the Electoral College could go a very different way, but it is hard for you to come up with the numbers the President needs to win at the moment,” Bussey said in part, adding: “Look, things can change. “We’re still many months away from the election. It’s entirely possible that the mood of the public could change very quickly.”

Trump responded with a tweet accusing Fox News of “gladly [putting] up with the phony suppression polls,” adding: "We are leading in the REAL polls.”

He followed with a second tweet: “Fox News weekend afternoons is [sic] the worst! Getting into @CNN and MSDNC territory. Watch @OANN & @newsmax instead. Much better!””