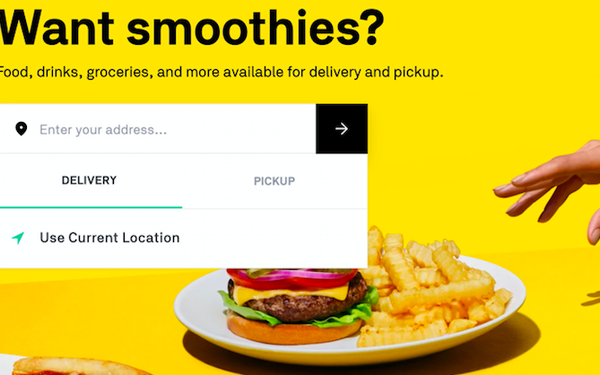 Uber is acquiring the food delivery service Postmates Inc. in a $2.65 billion, all-stock deal that could be announced as soon as later this morning, Bloomberg and The New York Times are reporting, citing inside anonymous sources. Uber’s board reportedly has approved the deal but both companies have declined to comment.

“Uber Eats head Pierre-Dimitri Gore-Coty is expected to continue to run Uber’s combined delivery business, according to a person who asked not to be identified discussing a private deal. Under their agreement, Postmates chief executive officer Bastian Lehmann and his team will stay on to manage Postmates as a separate service, another person said,” Eric Newcomer, Liana Baker and Katie Roof write for Bloomberg in breaking the story.

“The takeover would help Uber gain ground against privately held DoorDash Inc., the current market leader in U.S. food delivery. While Postmates hasn’t kept pace with DoorDash, it maintains a strong position in Los Angeles and the American Southwest, both of which could be valuable to Uber Eats,” they add.

“Food delivery apps, which connect drivers, restaurants and customers, have grown quickly in recent years, fueled by venture capital and armies of contract workers. But the services they offer are not very different from one another, leading to heavy competition and pressure to keep fees low. While more people have been using delivery services during the pandemic, profits have been elusive,” Mike Isaac and Erin Griffith observe  for The New York Times.

“As a result, delivery app companies have circled one another, aiming to make deals to gain scale. Postmates previously discussed possible deals with DoorDash, the largest service in the United States, and another rival, GrubHub, according to two people with knowledge of the talks,” Isaac and Griffith continue.

Isaac and Griffith first reported that Uber had made a takeover offer to buy Postmates a week ago.

“Last week, Reuters reported that Postmates had revived plans for an initial public offering following dealmaking in the U.S. online food delivery service sector that sparked acquisition interest in the company. Postmates was last valued at $2.4 billion, when it raised $225 million in a private fundraising round last September,” Reuter’s Kanishka Singh writes  for Yahoo News, adding that is accounted for 8% of the U.S. meal delivery market in May, according to analytics firm Second Measure.

“Postmates pioneered food delivery in 2011, but is a distant fourth in the U.S. market to DoorDash, GrubHub and Uber’s own Eats services. Together, however, Uber Eats and Postmates will be second in the market after DoorDash, which still holds a large lead,” writes  Steve Dent for Engadget.

“Both Uber and Postmates are cash-negative operations, with Uber alone having lost $2.9 billion in Q1 2020 because of the COVID-19 crisis. Food delivery companies, which rely on non-full-time ‘gig workers,’ are hard to tell apart from a consumer perspective other than pricing. As such, bigger fish are swallowing smaller ones in order to control costs and pricing -- to the potential detriment of restaurants, users and, particularly, workers,” Dent observes while posting a tweet from journalist and gig worker Wilfred Chan supporting that thesis.

“Like other travel- and transportation-related businesses, Uber’s ride-hailing segment has been negatively impacted by the COVID-19 pandemic, due to shelter-in-place orders throughout the United States. On-demand delivery, however, has grown, with people relying on services like Uber Eats to get food without leaving their homes. According to its last earnings report, Uber’s ride-hailing gross bookings dropped, but its food delivery service saw gross sales growth of 54% during its first fiscal quarter,” Catherine Shu writes  for TechCrunch.

“In other countries, companies like Grab have also begun building out their on-demand delivery services to make up for losses from fewer ride-hailing bookings,” she adds.