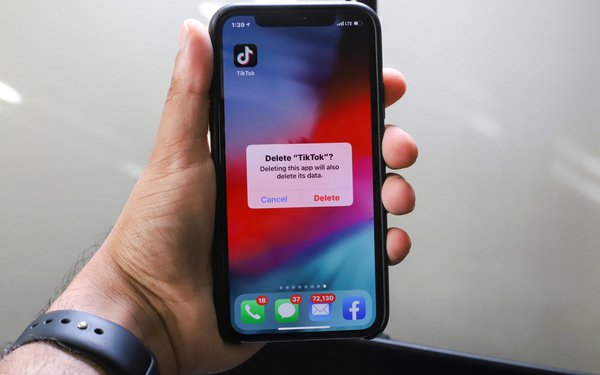 Citing security concerns, a growing number of U.S. businesses and organizations are telling personnel to stay off TikTok.

Illustrating this trend, the Democratic National Committee just reissued a warning among its ranks about the dangers of using the popular app, according to a copy obtained by CNN.

“We continue to advise campaign staff to refrain from using TikTok on personal devices,” the obtained email read.

The DNC initially warned staffers about the potential security risks of using TikTok late last year, as The Wall Street Journalreported in January.

The Republican National Committee is taking a similar stance against staffers using TikTok, according to CNN.

TikTok is portraying the issue as one big misunderstanding.

“We are fully committed to protecting our users’ privacy and security,” a company spokesperson said in a statement provided on Monday. “We welcome a dialogue with anyone who has questions about TikTok so that we can ease concerns they may have.”

Last week, Wells Fargo said it was advising employees to delete TikTok from the phones on which they conduct company business.

“We have identified a small number of Wells Fargo employees with corporate-owned devices who had installed the TikTok application on their device,” the financial services giant stated. “Due to concerns about TikTok’s privacy and security controls and practices, and because corporate-owned devices should be used for company business only, we have directed those employees to remove the app from their devices.”

Raising concerns among business leaders and organization heads, U.S. officials have cast TikTok as a potential threat to national security.

Last Monday, U.S. Secretary of State Mike Pompeo said during an interview with Fox News that he was “looking at” a nationwide TikTok ban. ByteDance, TikTok’s Beijing-based parent company, seemed to respond to Pompeo's threat by pulling the app out of Hong Kong.

ByteDance suggested it took this measure in response to the Chinese government’s new draconian security laws, which Pompeo recently condemned.

ByteDance had already made efforts to make TikTok more palatable to U.S. lawmakers and business leaders, including hiring a growing number of American tech executives to run its U.S. operations.

In May, the company poached top Disney executive Kevin Mayer to serve as its new COO-CEO of TikTok. On Monday, a TikTok spokesperson said that security remained a top priority for Mayer and his team.

“Under the leadership of our American CEO, along with our Chief Information Security Officer and Head of Safety, TikTok’s growing U.S. team works diligently to develop a best-in-class security infrastructure and uphold our Community Guidelines which prohibit misleading and inauthentic content and accounts,” the spokesperson stated.

In May, TikTok’s app had been downloaded approximately 172 million times by U.S. consumers, according to Sensor Tower.
politics, social media
3 comments about "TikTok Banned By More U.S. Organizations".
Check to receive email when comments are posted.
Read more comments >
Next story loading