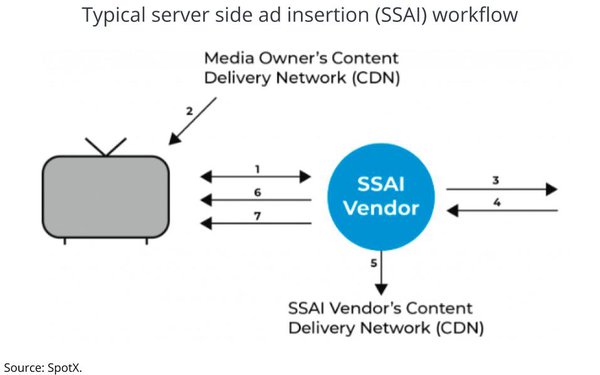 As digital ad technologies continue to evolve new and unintended consequences emerge, and the Media Rating Council (MRC) this morning unveiled a new initiative to tackle one of them: audience measurement anomalies that occur from server-side ad insertion (SSAI) technology used to create a more seamless integration between ads and video content in OTT viewing environments.

The MRC alluded to a number of measurement problems caused by the technique, including that "measurement events may be communicated to the measurement vendor by another server, rather than the actual client device."

"The first meeting of the charter members of the working group included MRC-member publishers and video ad servers and measurement vendors," the MRC said in a statement, adding, "The session centered on discussion of the key issues and ways that the industry can collaborate to overcome the obstacles to accurate measurement of activity presented by SSAI."

The MRC said said it plans to expand the composition of the working group to include "all stakeholders" -- presumably including representative from the demand-side: advertisers, agencies, DSPs, etc. -- and announced the next meeting would take place later this summer.

"Server-side ad insertion, also referred to as 'ad stitching,' was developed on the publisher-side as a technological solution to deliver digital content to a player so that video content and ads can be played without the need to create and teardown separate players for the ads," the MRC explains, noting that it is common in OTT environments and is becoming "increasingly prevalent" in digital video ad-serving overall.

The video supply-side has embraced SSAI for a variety of reasons, including the fact that eliminates buffering between servers and improves the quality of integrating video content with video advertising. It also helps mitigate against ad blocking.

"SSAI helps prevent ad blocking by seamlessly stitching together content and ad," SpotX notes in an explanation of the technology on its website, adding, "It provides users with an optimal, broadcast-like viewing experience that often provides high-quality video and ad creatives. Moreover, the technology can adapt to different bandwidths to support poor connections by rendering a lower-quality stream without buffering." The SpotX graphic shown above illustrates typical SSAI workflow.

The MRC said it plans to have recommendation for best SSAI practices by the end of the year and they will also be incorporated into a planned update and enhancement of its standards for OTT video measurement.