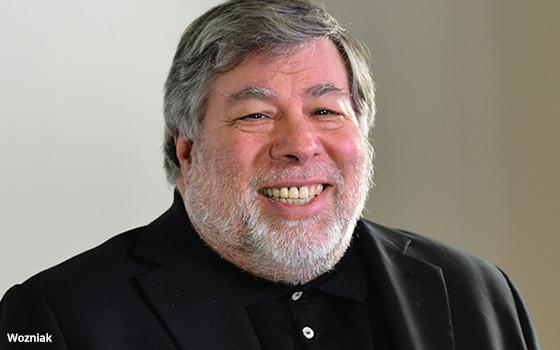 Apple co-founder Steve Wozniak is suing YouTube over videos that use his image as part of a cryptocurrency fraud.

“YouTube has featured a steady stream of scam videos and promotions that falsely use images and videos of plaintiff Steve Wozniak, and other famous tech entrepreneurs, and that have defrauded YouTube users out of millions of dollars,” he alleges in a complaint this week filed in Superior Court in San Mateo County, California.

He says scammers use images and videos of him to convince YouTube users that he is hosting a “bitcoin giveaway,” and that people who send in bitcoin will receive twice as much in return. Instead, when people transfer their cryptocurrency, they don't receive anything, the complaint states.

Wozniak alleges that Google and YouTube not only “resisted” removing the videos, but also “took the further step of promoting and profiting from these scams by providing paid advertising that targeted users who were most likely to be harmed.”

“YouTube repeatedly has refused or failed to intervene in a timely manner or to warn any of its users about the scam,” the complaint alleges. “At the same time, YouTube has knowingly and willingly contributed to and profited from these scams.”

Among other claims, Wozniak says the YouTube videos violate his right to control the commercial use of his name and image.

He is seeking an injunction requiring YouTube to remove videos with his name and image that promote a bitcoin scam, and monetary damages.

The lawsuit appears likely to face an uphill battle, given that Section 230 of the Communications Decency Act broadly immunizes companies like YouTube from liability for users' posts.

In the complaint, Wozniak argues that Section 230 shouldn't apply because the videos “are criminally fraudulent financial enterprises.”

A YouTube spokesperson says the company is reviewing the complaint.

“We take abuse of our platform seriously, and take action quickly when we detect violations of our policies, such as scams or impersonation,” the spokesperson added.

In the first quarter of this year, the company removed more than 2.2 million videos and terminated 1.7 million accounts for violating its policies on spam, scams and other deceptive practices.