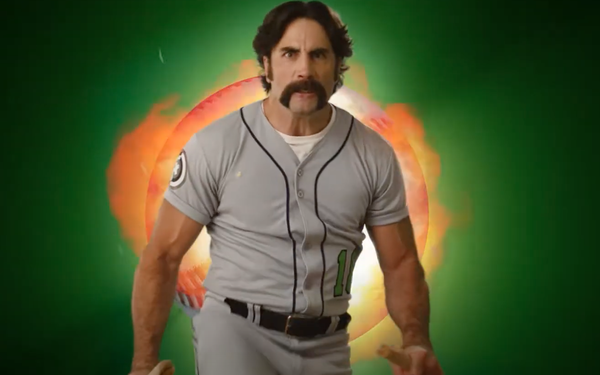 In the first television campaign for the fast-casual BurgerFi chain, a muscular pro baseball player reveals the “dirty secret” that cows use growth hormones to “enhance their performance.”

Clutching a baseball bat, the “real live ballplayer” frantically exclaims, “Get cows off the juice!” He then breaks the bat over his knee.

It’s BurgerFi’s way of reinforcing the market positioning it staked out when launching in February of 2011 in Florida. It has since expanded to 125 units in 20 states.

“We saw the success of brands like Panera and Chipotle doing a similar style of a fast casual restaurant, but in a completely different genre of food. We said we could do the same in the burger space.”

BurgerFi’s first unit was a failed Burger King restaurant in the “sleepy town” of Lauderdale By The Sea.

“In our first year of operations, we did three times more in topline revenue than the Burger King had done in the best year of the 12 years they were operating there,” Guzzetta claims.

BurgerFi has long relied on social media and word-of-mouth advertising. Last fall, it contemplated using TV for the first time.

“We knew we were at a critical point in our business where we were about to launch off and bring the brand to the next level,” says Guzzetta. “We were looking to be bolder, larger.”

“We’re doing it on a geo-targeted basis, looking at not just a simple, three-mile ring surrounding a store, but getting a little bit more granular and strategic,” he adds.

To fuel future growth—including an approximate target of 30 new locations in 2021—BurgerFi is merging with OPES Acquisition Corp. The resulting entity, BurgerFi International Inc., will go public on the NASDAQ exchange once the merger is completed.

BurgerFi’s expansion plans come at a time when many restaurants are closing due to the economic impact of COVID-19.

“It’s always hard and sad to think about others failing and not being able to survive,” notes Guzzetta. “But the idea of empty storefronts creates a lot of opportunity for our brand.”