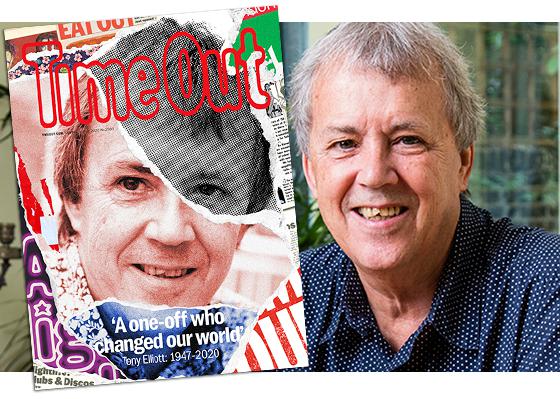 Since going online and rebranding as Time In in the early days of the COVID-19 pandemic, Time Outis releasing its first print issue on August 11, dedicated to the memory of Time Out’s founder Tony Elliott.

Elliott launched Time Out as an eight-page listings guide he handed out himself in London 52 years ago. He died in July from lung cancer.

Since launching in London in 1968, the brand has expanded to include 328 cities in 58 countries, and continues to expand its Time Out Market experience with locations in Lisbon, Montreal, New York, Chicago, Boston and Miami.

“We have deeply missed creating our lovely physical magazine. This special edition is in honour of Time Out's late founder, Tony Elliott who dedicated his life to opening up the world's cities to locals and visitors,” Joseph Mackertich, Time Out London Editor stated. “We’re excited to share the beloved and iconic magazine once again, which adds new, interesting content that reflects the times we are currently living in and the best of London this summer.”

The print issue will include tributes to Elliott from colleagues, family, readers and friends, including Richard Branson, Anna Wintour and Peter Tatchell, in addition to new sections.

Readers will find a listings section designed with inspiration from the first 1968 edition, a new “Love Local” section celebrating independent venues, neighborhoods, insider tips and local heroes, and “Time In” selections covering the best in streaming and film.

As the title’s logo reverts to Time Out, the magazine will continue to reflect how restaurants, bars, galleries and other outlets are making their goods and services available.