Dunkin' Tries To Rediscover The Fun 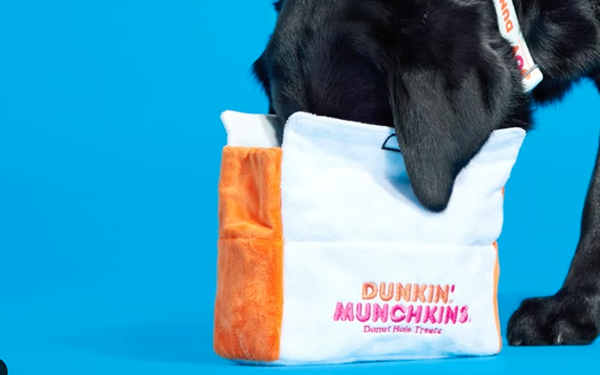 Is it just me, or has anyone else noticed that it's hard for QSR brands to pull off anything fun these days? They're trying, but as the summer moves into its final stretch and all that lies before America is soaring COVID-19 rates and the world's most confusing school year ever, it's bleak.

In fact, in many ways, it feels like the summer that never started, which probably explains all the desperate lunacy to attend midnight raves and wild beach parties.

That's why I want to give Dunkin' some credit for trying to get people smiling again. Here in New England, the popular coffee-and-donut spot is as embedded in the landscape as maple trees, and it's enriching its loyalty program, DD Perks.

In recent weeks, it's introduced the launch of Free Coffee Mondays and resurrected Free Donut Fridays. And it's announced those programs with a team of professional dancers that are just a blast to watch: Sir Twitch A Lot, whose Instagram profile defines him as a smile spreader, and Allison Holker,  of "So You Think You Can Dance" fame.

Dunkin' has long had a thing for dogs (and counter folks are happy to make small talk with my badly behaved English springer spaniel every time we hit the drive-through for a puppy munchkin and human coffee), as evidenced by its recent launch of a line of dog toys. They're modeled after the Munchkins box and hot coffee cup, and come as a premium when donating to the Dunkin' Joy in Childhood Foundation. A $12 buck contribution gets a crinkly, squeaky hot coffee dog toy, while $15 gets a multipart Munchkins box, which comes with three plush, squeaky donut hole treat toys inside. (Bolo, the bad dog, recommends the latter.)

The fun seems a little sweeter following its earnings report last week, which reported a 20% drop in sales in the second quarter, to $287 million. Profits fell by 39% to $36 million, and the company announced it would close 800 stores.

Rough? Yes, but Brian Bittner, an analyst who follows the company for Oppenheimer, says the Canton, Massachusetts-based Dunkin' is making an "impressive recovery," given the gloom that surrounds so many restaurants.

He writes that Dunkin's July same-store sales were negative in the low-single digits, while sales trends at drive-through units have recently turned positive. "This represents solid outperformance versus core coffee/breakfast competitors."