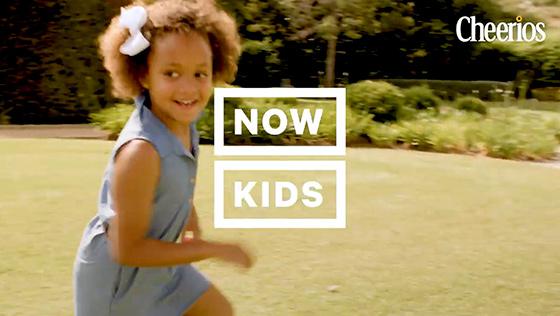 The brand is designed to appeal to kids and parents across a dedicated YouTube channel. Wadler will host a video series featuring interviews and segments on young people positively impacting their communities. It also includes a podcast, delivered on Wednesdays and a Friday-morning newsletter that collects the most important news from the week about kids impacting their communities.

The kids channel is a natural brand extension of NowThis, which reports reaching a monthly total audience of 120 million people across the U.S. Some 64% of that population have children between 6-11.

Cheerios hosts a “Good Goes Round” segment on each episode of the video series. The segment delivers tools to help parents encourage their children to spread good through their actions. The series will be distributed across NowThis Kids’ YouTube channel as well as its Facebook, Twitter and Instagram channels, targeting millennial parents.

DodoWell’s content will be crafted by a dedicated team of writers reimagining what educational pet content looks like. Stories discuss how to bond with a scared shelter cat or a list of vet-recommended puppy toys.

The Dodo’s president YuJung Kim stated: “We’ve taken caring for animals from a niche cause into the mainstream. 97% of our audience consider their pets as family members, which is why we decided to lean into our fans’ love for The Dodo’s content to create the go-to destination and community, DodoWell, for pet owners who want to be the best pet parent possible.”

DodoWell’s content lives on the new destination and across The Dodo’s social channels and daily email newsletter.