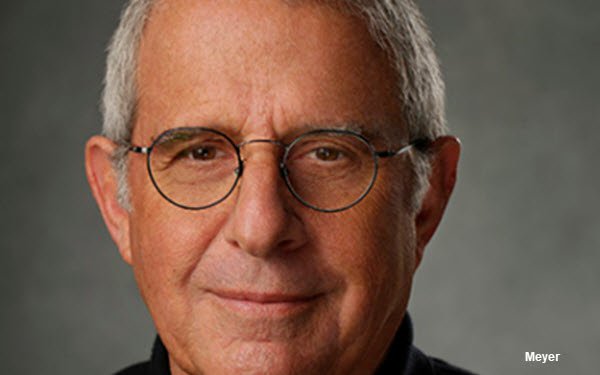 Veteran NBCUniversal executive Ron Meyer is leaving the company after disclosing that he was the target of extortion attempts as a result of a private settlement resulting from a years-ago extramarital affair.

Meyer, 75, a consummate Hollywood player who is reportedly well-liked in the industry, issued a statement about his resignation, reported by NBC News.

The statement said he had recently disclosed to his family and the company that he “made a settlement, under threat, with a woman outside the company who had made false accusations against me. Admittedly, this is a woman I had a very brief and consensual affair with many years ago. I made this disclosure because other parties learned of the settlement and have continuously attempted to extort me into paying them money or else they intended to falsely implicate NBCUniversal, which had nothing to do with this matter, and to publish false allegations about me.”

In an email to employees on Tuesday, also cited by NBC News, NBCUniversal CEO Jeff Shell wrote: “Late last week Ron Meyer informed NBCUniversal that he had acted in a manner which we believe is not consistent with our company policies or values. Based on Ron’s disclosure of these actions, we have mutually concluded that Ron should leave the company, effective immediately. We thank Ron for his 25 years of service, and for his significant contributions to NBCUniversal."

Shell did not indicate whether a new NBCUniversal vice chairman would be named.

Early in his career, Meyer was a talent agent for A-list actors. He co-founded Creative Artists Agency in 1975 and, two decades later, joined NBCUniversal as president and COO of Universal Studios. Meyer produced numerous Universal hits, including “Erin Brokovich,” “Gladiator” and “Despicable Me.”

Meyer did not name the woman with whom he’d had the affair.

The Hollywood Reporter, Variety and other outlets reported that the woman was allegedly Charlotte Kirk, an actress whose involvement with Warner Bros. chief Kevin Tsujihara led to his resignation in 2019. The background on the Tsujihara departure, including Kirk’s denial of inappropriate professional behavior on the part of Tsujihara or others, was reported by THR in March 2019.