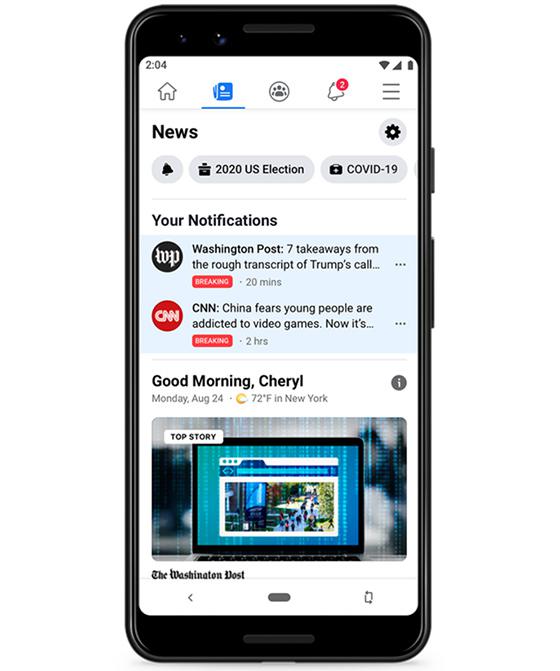 The social-media platform will begin discussions with publishers in the UK, Germany, France, India and Brazil.

Facebook News hopes to launch in several of these markets within the next six to 12 months.

In June, Facebook announced it would offer its News service to all U.S. users. The company was reportedly offering publishers up to $3 million in annual licensing fees, in exchange for their content.

The News tab on the Facebook app aggregates and personalizes news from about 200 outlets, including The Wall Street Journal, BuzzFeed and USA Today.

The company says connecting publishers to new audiences has been a key goal since Facebook News testing began last October.

According to a memo from Campbell Brown, vice president of global news partnerships at Facebook, testing in the U.S. revealed "over 95% of the traffic Facebook News delivers to publishers is incremental to the traffic they already get from News Feed.”

“Consumer habits and news inventory vary by country, so we’ll work closely with news partners in each country to tailor the experience and test ways to deliver a valuable experience for people, while also honoring publishers’ business models. We will keep building new products and making global investments to help the news industry build long-lasting business models.”