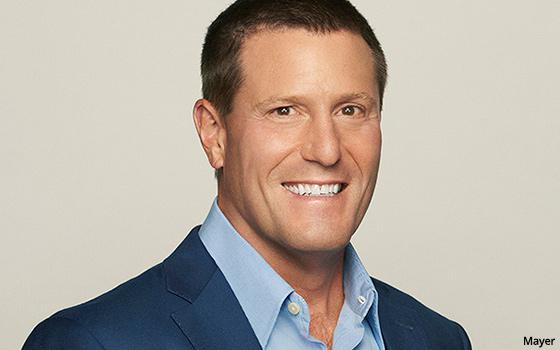 Kevin Mayer, who became TikTok’s CEO on June 1, announced his resignation on Wednesday.

Mayer, who is also COO of TikTok’s parent company, ByteDance, cited the unanticipated changes in his role that will result from President Trump’s executive order to shut TikTok down if ByteDance doesn’t sell Tiktok's U.S. operation by mid November.

TikTok filed suit against the U.S. government on Monday, asserting that Trump’s executive order was issued without due process.

Mayer joined TikTok from The Walt Disney Company, where he was head of direct-to-consumer and international business, with the expectation that he would be running TikTok on a global basis.

“In recent weeks, as the political environment has sharply changed, I have done significant reflection on what the corporate structural changes will require, and what it means for the global role I signed up for,” he wrote in a letter to employees. “Against this backdrop, and as we expect to reach a resolution very soon, it is with a heavy heart that I wanted to let you all know that I have decided to leave the company...”

TikTok issued a statement saying it recognizes that "the political dynamics of the last few months have significantly changed what the scope of Kevin’s role would be going forward, and fully respects his decision. We thank him for his time at the company and wish him well.”

Beijing-based ByteDance is in talks with Microsoft, Oracle and other investors for a sale that may include its Canadian, Australian and New Zealand operations, as well as its U.S. operations.

Trump followed a first executive order issued on Aug. 6, which had an effective deadline of 45 days, with a second order on Aug. 14 giving ByteDance 90 days to sell TikTok’s U.S. operations.

The suit might serve to delay the ban’s deadline, giving TikTok more time to negotiate and execute a sale.

TikTok has denied Trump’s assertion that the social app represents a threat to U.S. national security.