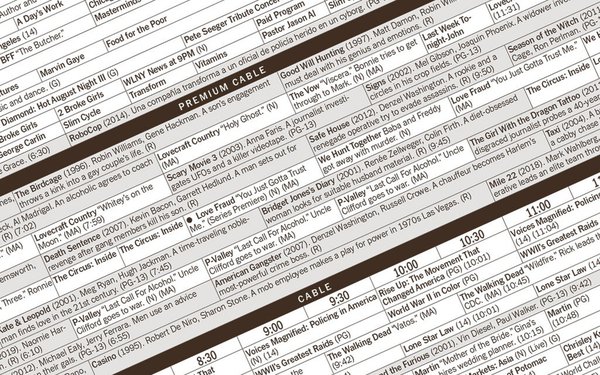 The New York Times will no longer publish daily TV listings in its print newspaper.

The section has been printed for more than 80 years. This past weekend’s newspaper held the last TV grid next to the “What’s on TV” column.

The Times says it has published the grid only in its New York City edition for years now.

Gilbert Cruz, the Times’ culture editor, cited the increasing number of digital, on-demand TV options as the reason behind this decision.

“The TV grid no longer reflects the way people consume television,” he told the Times.

In print, the Sunday At Home section includes a roundup of streaming options.

The change also means the Times can publish one version of its Arts section for both city and national print subscribers.

“We’re trying to streamline the production process as much as possible amid the pandemic,” noted Tom Jolly, the Times’ associate masthead editor who oversees the print edition.

The Times has a newsletter called Watching that comes out four times each week, as a guide for readers on what to watch on streaming services.

The newspaper stopped publishing its weekly TV guidebook in 2006.