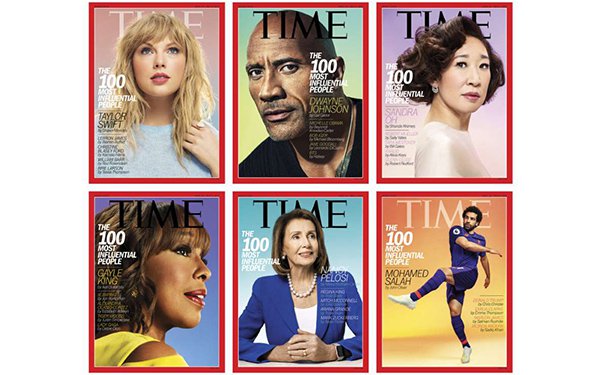 will reveal its annual "Time100" list of the 100 most influential people in the world with an hour-long TV special on ABC.

The broadcast special, which will air on Sept. 22 at 10 p.m ET, is a first for the brand and its popular franchise. The Time100 special will be produced by Time’s TV and film division Time Studios, in partnership with P&G.

The special will reveal the 2020 list by category: Pioneers, Artists, Leaders, Icons and Titans. It will also feature interviews, profiles, musical performances, tributes and appearances from previous honorees.

"We are thrilled to be bringing the list out into the world in a whole new way this year,” stated Time editor in chief-CEO Edward Felsenthal.

Time will also host Time100 honorees for a three-part series of "Time100 Talks," presented in partnership with Citi. The series will air on Sept. 23-25 on Time.com and across Time's social-media platforms.

The franchise has a number of other live event extensions, including the 2019 Time100 Summit, the Time100 Health Summit and Time100 Next.

The full Time100 list will also be available on newsstands beginning Sept. 25.