In Its First Year, Disney+ Penetrates A Third Of OTT: On Track To Overtake Hulu 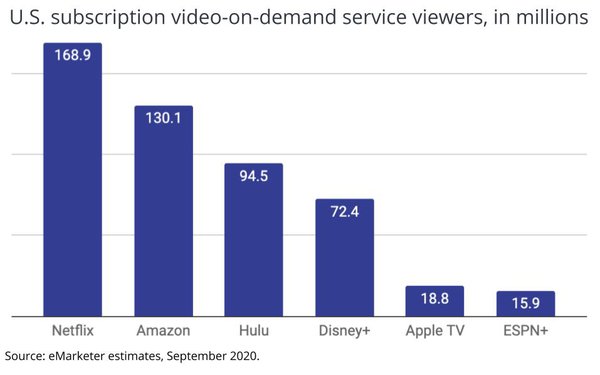 Less than a year after its November 2019 launch, Disney+ is on track to overtake Hulu as the third-largest subscription video-on-demand service in the U.S. by 2024, according to new estimates released today by eMarketer.

With an estimated 72.4 million viewers, Disney+ has already penetrated nearly a third ...