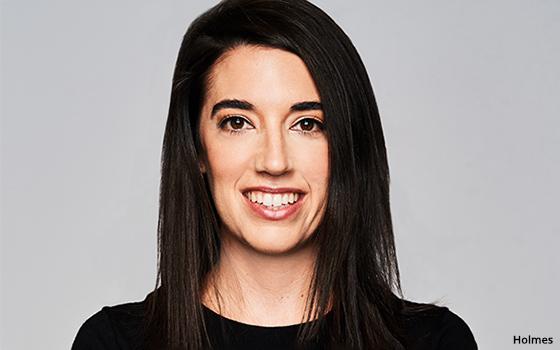 Sally Holmes has been appointed editor-in-chief of the U.S. edition of Marie Claire.

She succeeds Aya Kanai, who is leaving to join Pinterest as head of content and editorial partnerships, after just nine months as top editor of Marie Claire.

Prior to Marie Claire, Kanai spent nearly 20 years as an editor at various publications, including Cosmopolitan, Women’s Health and Teen Vogue.

Holmes joined Hearst Magazines in 2014 at Elle.com; she has been with Marie Claire since 2018. She was the brand’s digital director until this January, when she was named executive editor, managing the print and digital teams.

Under Holmes’ leadership, the site doubled its traffic and achieved record ecommerce growth, according to the company.

She worked closely with Kanai to launch the brand’s first digital issue and cover with Janet Mock, a writer, TV director and producer and transgender rights activist.

“Marie Claire is an incredible global brand that at its core is all about empowering women, telling impactful stories and connecting with its audience of smart, stylish, ambitious women,” Holmes stated. “At this critical moment in our country, I’m honored to lead a brand that has the power to inspire meaningful change, amplify voices and galvanize readers to vote.”