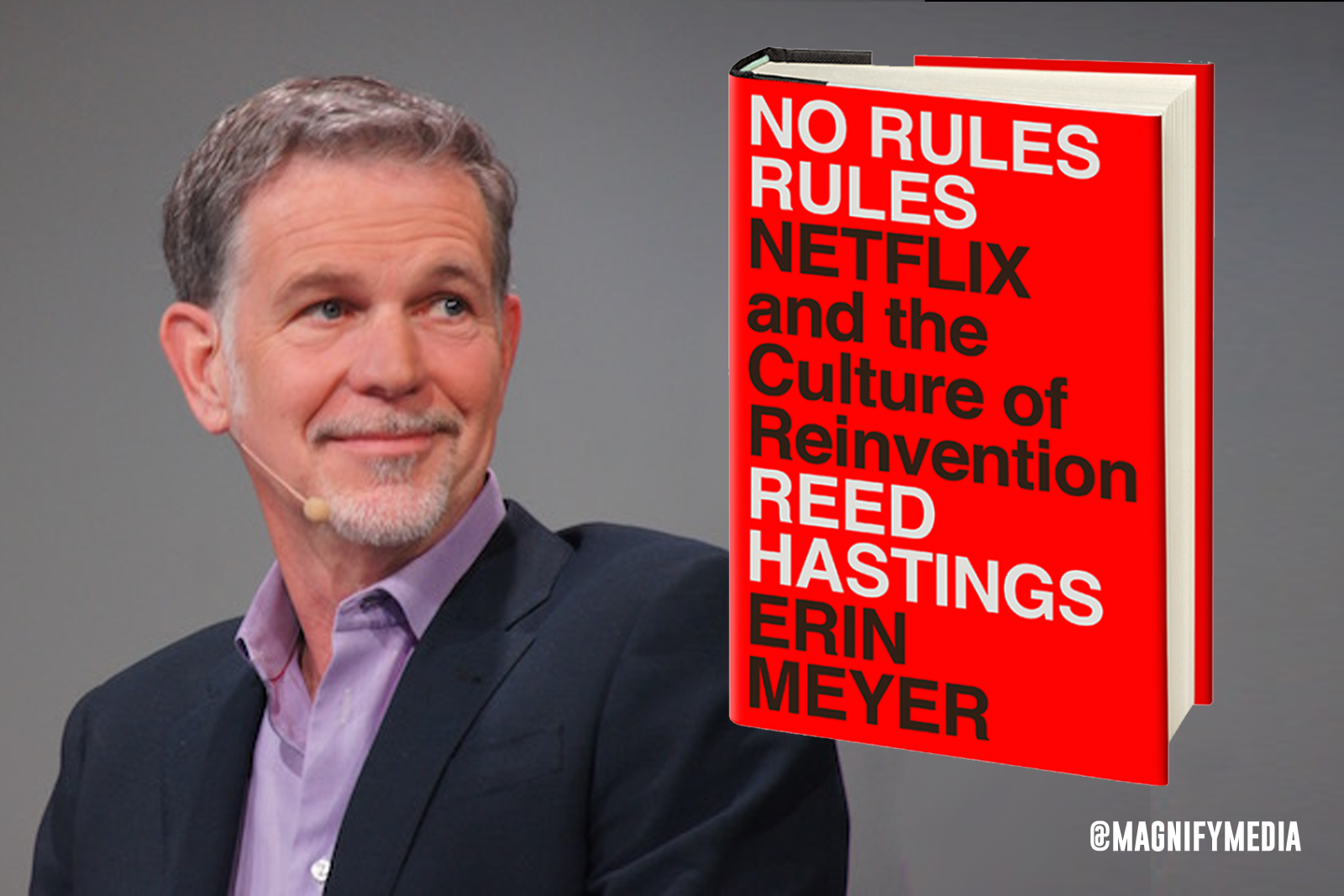 Reading Reed Hastings (and co-author Erin Meyer)’s new book, “No Rules Rules: Netflix and the Culture of Reinvention,” I couldn’t help but feel as if my experience was etched into those pages.

Back in 2013, Netflix set out to shift from delivering other people's movies and TV shows to creating its own. And the first big bet right out of the gate was “House Of Cards.” As a filmmaker and digital distributor, I was gripped by “House of Cards” from the first moment of the first hour. But with my experience, I was sure that Hastings and Chief Content Officer Ted Sarandos were making a critical mistake by releasing the entire season of 13 episodes at once.

With the courage of my convictions, I penned a strongly worded article and published it on a highly visible website.

In my post,  “Netflix's Risky Strategy For 'House Of Cards,’” I wrote  “It's hard to see why they would trade in the social media buzz, media and blogger coverage, and the sheer enjoyment of having a weekly viewing habit for what is otherwise such a well written and cinematic piece of series television. Please Netflix, slow down. This is a series that deserves to be savored - not 'binged' on. But that's just my 2 cents.”

I posted it, expecting a few critical responses. Here's a snapshot of what was said in the comments:

Neria Lothamer wrote “If the author of the opinion about Netflix’s ‘House of Cards’ represents your values, then you are stupid. I enjoy the pure pleasure of watching (series) for hours and hours at a time.”

Seth Crossley: "With due respect, Mr. Rosenbaum, you are living in your own generation. Given the opportunity of being a decade younger, you would understand the significance of the convenience of being able to watch any television program over the course of my free time.”

And Scott Coventry posted, "The author is old, or wishes he was, as he remembers the days of three networks plus PBS and excellent serials like ‘Flash Gordon.’”

It was a powerful wake-up call.

Reading the Hastings book, you can track what he calls a culture of candor. Hastings wasn’t looking backward, projecting risks, or placing blame on team members who’d made big bets. In fact, very much the opposite.

He built a company where authority is in the hands of team members across the company and the world. And in asking for “honesty always” even if it’s personal and painful, he opened Netflix to make big bets, often brave bets, on programs, technology and a rapidly growing global marketplace.

But back when I wrote about "House of Cards," I hadn’t read Hastings' book. Of course he hadn’t written it yet.

But I did hear echoes of its philosophy the days after I wrote my post on "House of Cards." With the candor and clarity of my readers, I knew one thing for certain: I was wrong. I had binge-watched “House Of Cards.” Everyone I knew had. Why was I chastising Hastings for getting ahead of where viewing was going?

So I did the only right thing. I retracted the story and, in another post, admitted I was wrong.

“Why I was wrong about Netflix’s 'House of Cards'

Let me start by saying, I'm used to being called names. It doesn't hurt my feelings a bit. So, when the comments section lit up last week after what I thought was a relatively innocuous article about Netflix taking a big risk by releasing (dumping) the whole season of “HOC” out in the market at one time — I was a bit taken aback.

The basic thrust of the critics was simple — I simply didn't know what I was talking about. For them, a generation that had grown up on DVD seasons of shows, Hulu series, and Netflix shows by the pound, the idea of not having the entire series available seemed — well — kinda old school….

What Netflix did -- and what I respect Reed Hastings and his team for understanding -- is that they are not in charge of the audience's lives, schedules, or habits. Almost from the moment that TiVo came along viewers were time-shifting, storing, and watching TV on their own terms. The idea of a real-time audience is, I now understand, an antiquated concept.”

I learned two lessons that day. First, that the world has changed; second, radical transparency is powerful and relevant.

Hastings's philosophy in “No Rules Rules” has three simple elements: Hire the best people, give them honest feedback, and empower their decision-making. Within that framework, he talks about how Netflix functions as a team, not a family. Teams are focused on achievement, and each player is asked to perform at the top of their game.

The extraordinary global footprint Netflix has developed in creating content that crosses boarders and rethinks old ideas about how media is made and shared can be traced back to "House Of Cards." How how easy it was for me — despite a career as an entrepreneur and rule-breaker — to judge binge-watching by old media rules.

Reading the Hastings book, and understanding how clearly Netflix counts on all its team members to have the agency to share ideas, even criticisms, across the company, I couldn't help flashing back to that moment when my opinions about binge-watching were savaged by my readers. My readers were right, I was wrong, and owning it was half the battle.

Today, I’m not afraid to be wrong publicly, and I often am. But what the "House of Cards" affair taught me was that learning from that feedback, and acting on it, is a powerful tool to embrace and own.