Dave & Buster's Tries New Ads, But Can 'Eatertainment' Be Saved? 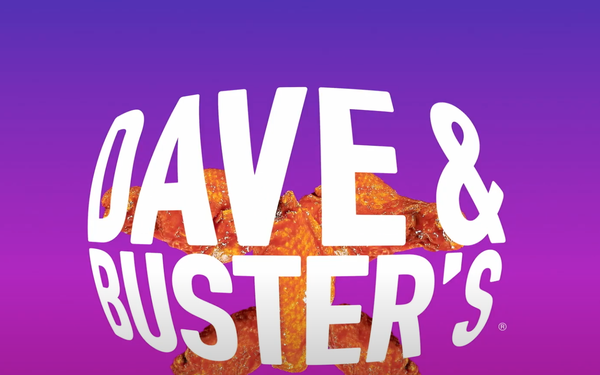 Dave & Buster’s, more battered than most by the pandemic, is pouring on the marketing muscle, introducing its first-ever national ad campaign, from Mother New York. With an upbeat new “Ding Ding Ding” tagline, it comes on the heels of an 87% decline in sales, and amid predictions that many consumers will avoid restaurants for months to come.

With quick-serve, casual dining and high-end restaurants all scrambling to find a way to survive, few have it worse than those in Dave & Buster’s “eatertainment” category. Chuck E. Cheese filed for bankruptcy this summer, for example. And in a recent filing with the Securities & Exchange Commission, Dave & Buster’s warned that bankruptcy might be on its horizon, too, if it can’t strike a deal with vendors and lenders.

Dave & Buster’s hopes its new “Ding Ding Ding” campaign, which includes multiple short videos and a design overhaul, will remind people of all the fun, flashing lights and ringing bells that come from its restaurant/arcade combo.

Execs say the campaign is deliberately too loud and too much, “in a time where we all could do with more Ding Ding Ding.”

“Our teams have been creating engaging experiences for years, and this new campaign will build upon the emotional capital we have established within our communities,” stated Brian Jenkins, its chief executive officer, in the announcement.

Earlier this month, the company reported financial results showing just how challenging it is to entice customers back to restaurants designed to make people linger.

The company says second-quarter sales fell 87% for the entire 115 comparable store sales base due to restaurant closures. It ended the quarter with 84 reopened stores in 27 states.

Revenues for the period came in at $50.8 million, a decrease of 85% from $344.6 million in the prior year. Net loss totaled $58.6 million, compared with net income in the year-ago period.

Still, locations have reopened with reduced hours, capacity limitations, new seating and game configurations that promote social distancing. “We remain confident in our brand, our people, and our plan, and optimistic about our ability to emerge in an even stronger competitive position to deliver fun to our guests and value to our shareholders,” Jenkins said in that announcement.

Due to ongoing uncertainty, the company is not offering guidance for the rest of the year.