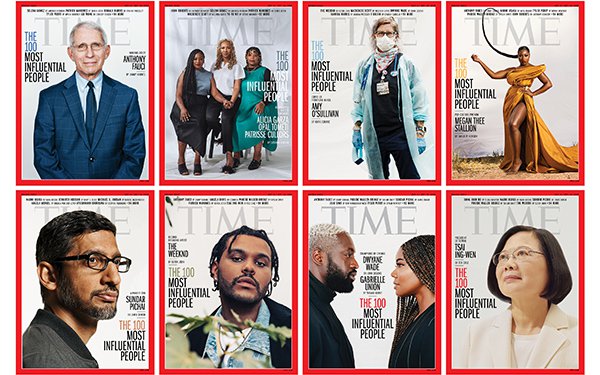 The year’s "Time100" list of the most influential people in the world features more scientists, doctors, nurses and women than ever before.

"This year’s list looks far different than any of us could have predicted just six months ago,” writes Time CEO and editor in chief Edward Felsenthal.

“While you will certainly find people who wield traditional power on this year’s list — heads of state, CEOs, major entertainers­ — it also includes many extraordinary, lesser-known individuals who seized the moment to save lives, build a movement, lift the spirit, repair the world,” he added.

The special annual Time issue has eight worldwide covers, each highlighting a member of the Time100.

The issue will also feature a new cover and a special tribute commemorating Supreme Court Justice Ruth Bader Ginsburg, who was featured on the Time100 list in 2015. She passed away on September 18.

There are more than a dozen activists featured on the 2020 Time100 list, including Angela Davis, Nemonte Nenquimo, Ady Barkan and others.