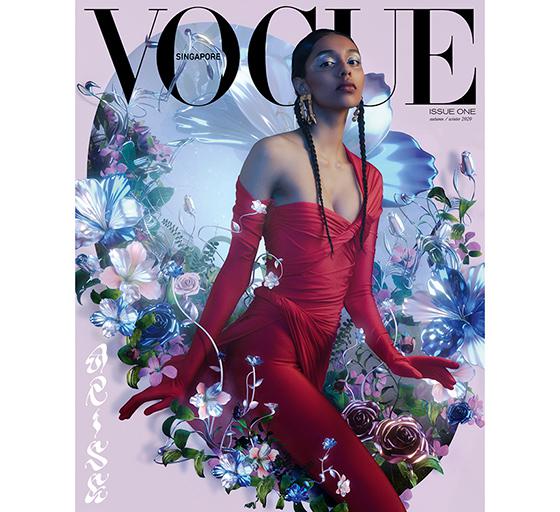 Vogue Singapore has relaunched with a monthly print magazine and website, 20 years after it shuttered the short-lived Southeast Asian edition in the 1990s.

It is published under a license agreement with Indochine Media. Editorial will feature local and international content.

“We are living in unprecedented times,” stated Norman Tan, editor in chief of Vogue Singapore. “Our mission is to craft a Vogue that is imaginative, inspirational and artful."

It will feature stories on the people and culture of Southeast Asia, “reimagined with digital innovation.”

Tan was formerly head of the local edition of men’s magazine Esquire.

“It has been remarkable to see print regaining its importance in people’s everyday lives during the pandemic,” stated Karina Dobrotvorskaya, executive director of editorial development at Condé Nast.

“Our readers are looking for beautiful imagery and great storytelling, for a unique combination of escapism and social awareness," she added.

In the cover story, Prabhakar shares her experiences of diversity and representation in the modeling industry.

It featured various activations, such as animated fashion shoots in Singapore’s futuristic gardens, live performances and Xiowén in 21 different looks in a virtual world.

A fundraising initiative was also established. The Vogue Singapore Foundation, created for the local fashion industry, will include an annual monetary award called the Vogue Prize, as well as education and mentoring from experts.

Readers can subscribe to Club Vogue, which includes an annual print subscription to Vogue Singapore, access to exclusive events and limited-edition products.

One-quarter of the membership fee goes to the Vogue Foundation.

Singapore is a leading fashion hub within Southeast Asia. The largest segment in the country is luxury fashion, with a market volume of $940 million, according to Condé Nast.