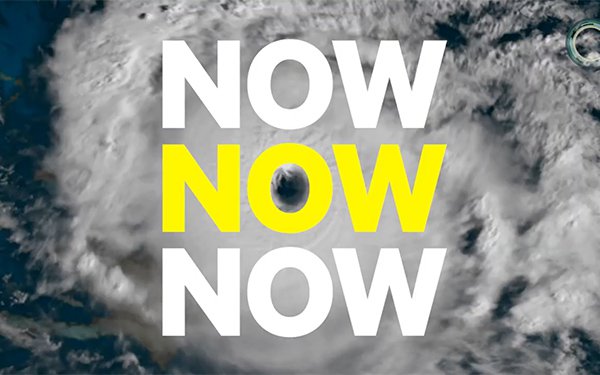 NowThis Earth also has a hub on the NowThis website.

NowThis says its audiences are five times more likely to engage with sustainability coverage than any other topic.

In the last year, NowThis audiences have racked up nearly 600 million views on coverage of this issue.

“NowThis Earth will inform millennial and Gen-Z audiences about the implications of human activity on our planet and illuminate solutions to these urgent challenges,” stated NowThis president Athan Stephanopoulos.

The channel launches in partnership with Earth HQ, the media arm of Global Common Alliance, a coalition of scientific, philanthropic and conservation organizations and business networks.

Additional support will be provided by Mongabay, a nonprofit conservation and environmental science news outlet.

“This partnership will bring reporting from journalists on nature's front line to NowThis's huge global audience and the Global Common Alliance's network of leaders who shape policy and influence global trends for a sustainable future,” stated Mongabay founder and CEO, Rhett A. Butler.

The channel will cover how human action is impacting endangered species, biodiversity, the health of oceans and forests, as well as vulnerable communities.

The channel kicked off with scientist Bill Nye, who in a video opened a "Climate Emergency Live Tracker" to monitor the human impact on the planet’s health and the U.N.’s commitments to green solutions over the next decade.

Last year, NowThis joined news organizations for the “Covering Climate Now” (CCN) project co-led by The Nation and Columbia Journalism Review. The initiative was created in May 2019.