"We Were Dark And We Were Still Doing Well": A&W And The QSR Surprise Of 2020 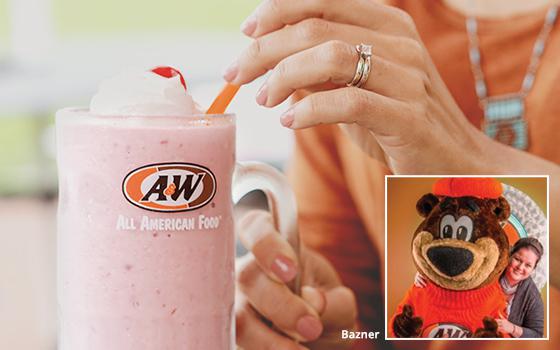 While the COVID crisis ravaged the dining and restaurant sector of the U.S. economy, it was a very different story for many QSR brands within that segment. As we head into our own QSR Brand Insider Summit in a few weeks, more than a few brands have been reporting record growth.

In July, A&W Restaurants announced that it had it had seen same-store sales increase an average of 12%, making it the third straight month of double-digit year-over-year growth. The franchise-driven brand has even seen some new outlets expand its footprint of nearly 1,000 during the pandemic.

The crisis accelerated a trend toward off-premise dining that was already well-advanced. And as A&W’s Director of Digital Liz Bazner tells Brand Insider this week, a lot of that growth took place when A&W’s media spend went dark. There may be ominous signs here of how brands reevaluate the value of traditional media in the next normal. You can listen to the entire podcast here.

MediaPost:  Let's start with the basic TickTock of how your brand and franchisees experienced the COVID crisis.

Liz Bazner: [In March], we decided to suspend all advertising payments, and we also suspended royalties for two months. The idea was, let's protect this business, let's protect what we have.

We reallocated basically everyone who works at our restaurant support center, putting them on some sort of a crisis task force, and they varied from things like figuring out delivery and off-premise ordering to being dedicated to supply chain, crisis management.

So that happens throughout April and May. And then as we saw, some states started some phases of reopening. We've still got about 50 locations that have the old style drive-ins, where you pull your car in and honk the horn, and someone brings food out on a tray. And we've seen some of those restaurants have just record-breaking years, and we think a lot of that is to do with the fact that it really is an experience. There's some more theater to it than just taking your family through a drive-through.

We saw parents and families who were just desperate for some sort of an activity that they could do where they could still feel safe, and really started to gravitate towards those drive-in restaurants that have just been doing a lot of great business over the last few months.

MP: What were the key pivots that have really paid off?

Bazner: Our leadership team was really communicative and very transparent, not only with the franchise system, but also with our support center staff. So we were holding initially, sometimes multiple webinars a week systemwide. Every one of them had an open Q&A at the end, and if we didn't have the answer, which was often the case, we were honest about that.

MP: So if media was turned off, how are you mainly communicating all of this with your customers about what services were available and what they needed to do?

Bazner: That was very challenging, mostly because we have restaurants in almost every state and local ordinances and statewide ordinances varied so greatly that it was really hard for us to be able to communicate a concise message to our guests.

So really the focus was on making sure that our restaurant teams were armed with signage. We sent out merchandising kits that contained things like stickers for the door that said, “Entrance only” or “Exit only,” notifications that were posted that kind of explained all of the additional sanitation steps we were taking, signage that encouraged people to wear masks, or let them know that the dining room was closed.

MP: Were you doing anything proactively to drive traffic, to drive interest or even just to reach out to new customers to let them know you were there, your product was accessible, and you were doing things to make sure it's safe?

Bazner: [Social media] was our frontline in terms of being able to get messages out, just because we could change that message very quickly if needed. We have quite a few restaurants that do their own local store marketing through Facebook. So rather than mandating something from a national level, we had to start to think very locally and really empower our franchisees to control the messaging around the restaurant.

MP: Were they coming up with any really cool and interesting ideas?

Bazner: The two things that really came to the forefront almost immediately was our franchisees wanting to let their community know they're locally owned and operated. I know there's been a rally around small businesses and independent restaurants, and I think a lot of times people might perceive our brand as part of some big conglomerate owned by some multinational corporation, and that's not the case.

And so we had operators who immediately said we need signage that says that we're locally owned and operated.

The second thing -- and this was, I think, really a testament to the character of our operators -- is they wanted to give back to their community. So whether it was offering specials for hospital workers or teachers, or giving discounts on family meals, because they knew that parents were just totally overwhelmed and overworked.

And so we had quite a few operators who did some sort of either giving back to the community or discount cards and we're still seeing that continue, largely around back-to-school and thanking teachers and people who have had to continue to go to work every day in some capacity.

MP: You mentioned that you were not necessarily out front when it came to the third-party delivery ecosystem and getting onboard with it. How did your relationship with that emerging part of the industry evolve during all of this?

Bazner: We have a national agreement with Doordash, Uber Eats and  Postmates. I was really impressed, for the most part, with the onboarding process. And I think those companies really rose to the challenge of being able to adapt. Something that normally may have taken a few weeks they were trying to get done in five to seven days.

One of the things was, we simplified our menu and looked at our core menu items. We weren't worried about LTOs, we weren't as worried about regional items that might only be available in certain parts of the country -- just because it was fastest to be able to say, this is our menu template, these are the descriptions, these are the images, and this applies to everybody.

So we're just now getting to the phase of where we're experimenting with some limited-time offers and some price-pointed deals.

And so we found ourselves sitting on several tens of thousands of mugs that we had not factored in still being in circulation. And so a lot of our delivery platforms are actually offering you, if you order a drink, “Hey, would you like your own frosted mug, because we'll actually have that delivered to you?”

MP: Let's move a little closer to where we are today. As your media spend comes back, how has it changed?

Bazner: It changed significantly. We turned our media back on toward the end of July, and we had basically scratched what our plans were.

For the remainder of 2020, all of our national media is digital. We work with a company called Cardlytics. They power the loyalty programs that banks have. So if you have Chase or US Bank (I think they have close to 3000 other partners), you log into your account and you see a section that says, offers  tailored to you.

Most of the time it's a cashback offer that's likely powered by Cardlytics. We did a pilot with them in, I believe it was 2017 and saw some really great results.

And my favorite part is that it can be measured on a per-store basis. You can actually see what your media spend at each location is, and the revenue they have attributed through Cardlytics.

We only pay if someone actually takes the credit card that's associated with that account and makes a purchase at our restaurants. We know that it's a true pay-per-transaction platform. So Cardlytics was really the first thing that we turned back on.

And then the second thing is our social platforms. Facebook is still our largest, Instagram is our fastest-growing. And then we do get a lot of engagement on Twitter as well. We really pared down our media plan significantly and it's the first time that we have done an all-digital media approach, which is simultaneously very exciting  -- and also terrifying.

MP: Why did you make that basic decision to go all-digital?

Bazner:  Number one, it requires the least amount of production. So with Cardlytics, you need a logo and some text description and you're good to go. And in terms of our national coupons, it seems kind of strange to be sending out millions of pieces of paper that get taken into a restaurant, knowing that people are in various stages of comfort just with having physical materials transfer back and forth.

We also knew that a lot of our operators were not going to be super-keen on doing heavy discounting.

We knew that from past experience our social channels have been a great place to get out new products news. That is where we can highlight some of our food photography.

We also knew that digital provides more flexibility. You're not printing and shipping physical things into restaurants that may need to be altered in two weeks, and we can't ask operators to do their own editing on any in-store posters. Digital provides us the flexibility to be able to either pause and reset or change course, whatever that may be.

MP: At the risk of giving every agency a heart attack along with major media, I want to underscore that July was the third straight month of double-digit growth for your brand, and you effectively had media turned off all during that time. What does that tell you about what impact media has?

Bazner: I think there's going to be some long-term implications based off of exactly what you said. We were dark and we were still doing well. And so we are just getting into the thick of budget planning for 2021, which seems crazy because we just redid 2020.

But I think there are going to be some really hard questions that we should expect to get asked by our franchisees and by our franchise board. What avenues really make the most sense for us to be spending our money on?

And I think advertising and national advertising is going to be at the top of that list. I think that a lot of previously held notions of what media needs to look like have really been killed this year, officially.