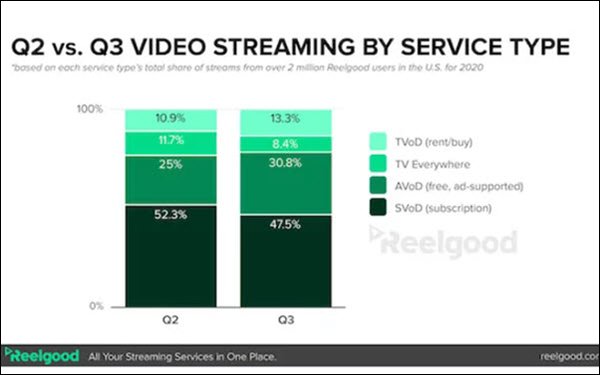 Ad-supported video-on-demand streaming services ate into the big subscription-based services' share of streams in this year’s third quarter, according to Reelgood, a platform that acts as a recommendation hub for numerous streaming services.

Looking at the top 5 SVODs, Reelgood reports that Netflix accounted for 25% of the streams it initiated in Q3, down from 32%, or by 22%, versus Q2.

Amazon Prime Video’s share was nearly flat, as was Disney+’s.

New paid streamer took some share during Q3, its first full quarter, rising from 3% to 9% of streams. 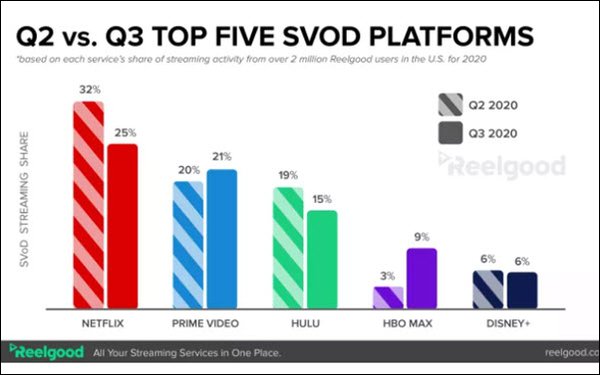 But the bigger story was growing competition from AVODs (chart at top of page), which increased their combined share of streams from 25% to 30.8% (even though NBC’s new Peacock AVOD isn’t in this data as yet), as SVODs’ share declined from 52.3% to 47.5%.

But “TV everywhere” continued its slide, declining from 11.7% to 8.4% of total streams.
Next story loading