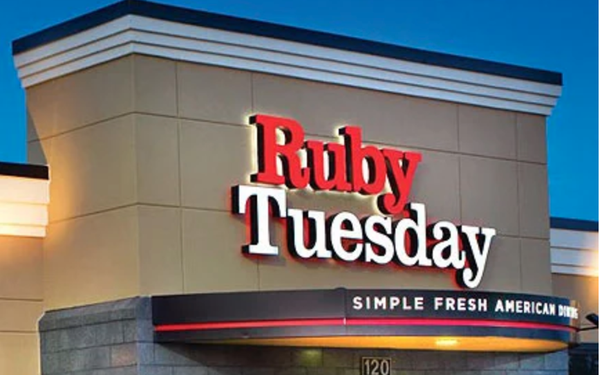 COVID-19’s long-running impact on casual and buffet-style restaurants took a turn for the worst this week with bankruptcy filings by the Ruby Tuesday chain and the biggest Golden Corral franchise group.

The Chapter 11 filings come as prospects dim for Congress to provide additional financial assistance to the beleaguered restaurant industry.

With the House currently adjourned and the Senate in a stalemate, action on more stimulus relief before the November elections seems highly unlikely.

“And that is what scares the hell out of us,” Sean Kennedy, National Restaurant Association’s executive vice president for public affairs, told Nation’s Restaurant News.

In its bankruptcy filing, Ruby Tuesday owner RTI Holding Company LLC indicated its second-largest creditor is a California bank through which the company obtained a Paycheck Protection Program loan in the amount of $10 million.

“This announcement does not mean ‘Goodbye, Ruby Tuesday,’” CEO Shawn Lederman said in a statement this morning, referencing the classic Rolling Stones song.

“Today’s actions will allow us an opportunity to reposition the company for long-term stability as we recover from the unprecedented impact of COVID-19,” Lederman added.

As of December 2017, Ruby Tuesday had grown to more than 500 locations since its founding in 1972—but that number had decreased dramatically even before the pandemic. Approximately 240 of its restaurants will remain open during the bankruptcy proceedings.

In its filing, Golden Corral franchise group 1069 Restaurant Group LLC said its largest creditor is a bank in Georgia related to a $9.4 million PPP loan. Golden Corral is an all-you-can-eat, buffet-style dining chain.

1069 Restaurant Group has 33 locations in Florida and Georgia. All of them were shut down in March and currently, only six are open. It hopes to reopen 18 more by year’s end.

“The pandemic is creating enormous disruption throughout the economy, and the restaurant industry as a whole is especially affected,” the company said.

Casual dining chain Dave & Buster’s—known for its mix of drinks, food and arcade games—has been the subject of bankruptcy speculation ever since it was forced to shut down all 137 units in March.

In its recent Q2 earnings report, Dave & Buster’s said it had reopened 81 units.

“Our goal was to get 90 to 95 stores open, barring a COVID resurgence, which, in fact, did occur, forcing us to close or reclose nine stores,” CEO Brain Jenkins told financial analysts.

Dave & Buster’s said it hopes to reopen its remaining locations before the end of December—with 11 in New York and 16 in California expected to be among the last.

“Combined, they have historically generated approximately 25% of our systemwide sales, including several of our top-quartile stores in terms of historical store-level profitability,” said Jenkins.

“So obviously, these stores are very important to reopen in order for us to fully rebuild our business to pre-COVID levels over the longer term.”

Dave & Buster’s said it has deferred about $40 million in rent payments that it plans to begin repaying in January.