Analyst: Holding Company Sentiment Has Gone From 'Cautiously Optimistic' To 'Apathetic,' IPG To Lead The Group 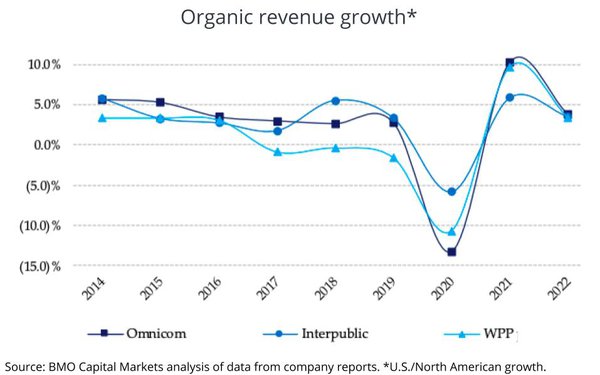 Describing its sentiment for the major agency holding company stocks it follows as going from "cautiously optimistic" to "apathetic," a major Wall Street equity research team nonetheless projects Interpublic as the best poised company for the near term among the group.

"We expect IPG to lead the group in organic revenue growth as there are currently no major losses weighing down results (as was the case in 2019), while a potential uptick in media account reviews could be an opportunity for IPG to gain further share in this area (a consistent theme over the past several years of outperformance)," BMO internet and media industry analyst Daniel Salmon writes in a third quarter earnings preview report sent to investors.