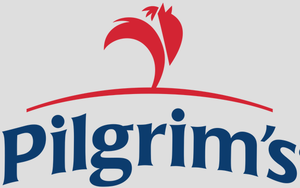 Chicken processor Pilgrim’s Pride plea deal this week in a federal antitrust investigation underscores how price-fixing can happen minute-by-minute, but take many years to surface.

The Wall Street Journal first broke the news that Pilgrim’s Pride has agreed to pay a fine of $110.5 million to resolve charges that it collaborated with competitors on poultry pricing.

The federal government alleges that poultry price fixing and bid rigging occurred between 2012 and early 2019.

In a statement issued Tuesday, Pilgrim’s Pride agreed to the fine for “restraint of competition that affected three contracts for the sale of chicken products to one customer in the United States.”

The company said that it “expects to record the fine as a miscellaneous expense in its financial statements in the third quarter of 2020.”

In June, the Journal reported that Tyson Foods—the leading U.S. chicken producer—was cooperating with the Justice Department’s price-fixing investigation. As part of the process, Tyson sought leniency while “disclosing its own actions.”

According to a Criminal Action filed June 6 by the U.S. District Court in Colorado and reviewed by Marketing Daily, co-conspirators at several chicken suppliers maintained a communications “network” to “suppress and eliminate competition through rigging bids and fixing prices and price-related terms for broiler chicken products sold in the United States.”

The document details how employees at competing suppliers routinely kept each other abreast of their separate negotiations with buyers at more than one major QSR chain and a national grocer.

In a typical back-and-forth via phone calls and text messages, one supplier tells a competitor “not to come down on price” during a negotiation with a QSR chain.

He adds that a third supplier would be meeting with the same QSR chain that same Friday.

So far, 10 individuals have been charged in the continuing price-fixing probe.

They include Jayson Penn, who was CEO of Pilgrim’s Pride in June, and William Lovette, who preceded Penn as CEO, according to the Journal. Both have pleaded innocent.

“Executives who choose collusion over competition will be held to account for schemes that cheat consumers and corrupt our competitive markets,” Assistant Attorney General Makan Delrahim of the Department of Justice’s Antitrust Division said in a statement.