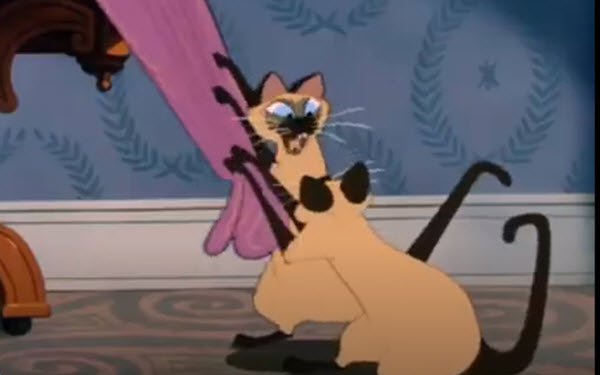 Disney+ has strengthened the wording and visibility of statements warning consumers about racist content in classics such as the animated “Lady and the Tramp” and “Peter Pan.”

In a statement in its online “Stories Matter” area, Disney said it’s in the process of reviewing its online library and “adding advisories to content that includes negative depictions or mistreatment of people or cultures. Rather than removing this content, we see an opportunity to spark conversation and open dialogue on history that affects us all.”

The company, which has formed a group of outside experts to advise it as it assesses content, says the advisories aren’t new, but it has been updating a number of them.

But now, when viewers click to play one of the films in question, they see a message that can’t be skipped or fast-forwarded through, saying the content includes “negative depictions and/or mistreatment of people and cultures. These stereotypes were then and are wrong now. Rather than remove this content, we want to acknowledge its harmful impact, learn from it and spark conversation to create a more inclusive future together."

Viewers are then directed to the “Stories Matter” page for more information about the policy.

Examples of films labelled for racist content also include “The Jungle Book,” “Fantasia,” “The Swiss Family Robinson” and 1992’s “Aladdin.”

In Disney's 2019 live-action remake of "Lady and the Tramp," the animated version's "Siamese Cat Song" (shown above) -- which is  replete with Asian stereotypes -- was cut and replaced with a new song.