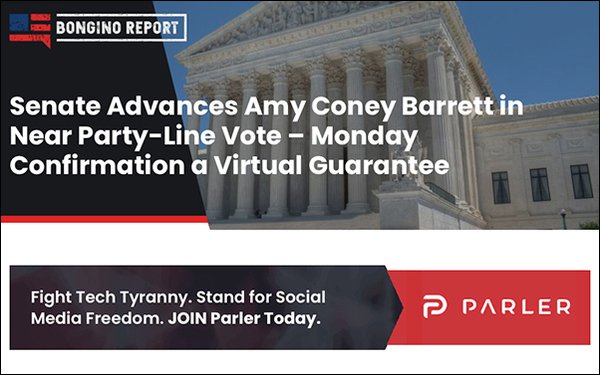 Posts from Bongino’s Facebook page dominated a list of the top 10-most engaged links in the U.S. on the platform, based on data from analytics platform CrowdTangle and shared on a Twitter account that tracks total daily interactions.

As of midday Friday, eight of the 10 top performing links in the last 24 hours on Facebook were Bongino’s. Fox News and CNN held the No. 3 and No. 9 spots, respectively.

According to social-media analytics firm NewsWhip, which also includes Twitter and Pinterest engagement, headlines on Bongino.com like “Gov. Cuomo Claims Trump Is Responsible for 100% of Coronavirus Deaths In New York” garnered over 191,000 engagements.

According to TheRighting, which analyzes conservative sites’ mobile and desktop traffic, Bongino's site posted a 727% increase in year-over-year unique visitors for August 2020.

“The Republican and Democratic national conventions and Biden’s historic selection of Kamala Harris as his running mate dominated the news in August,” stated Howard Polskin, president-chief curator at TheRighting.

“The broad gains in traffic to both conservative and mainstream news websites are strong indicators of our nation’s desire to better understand the volatile political landscape as we get closer to the critical presidential election,” he added.