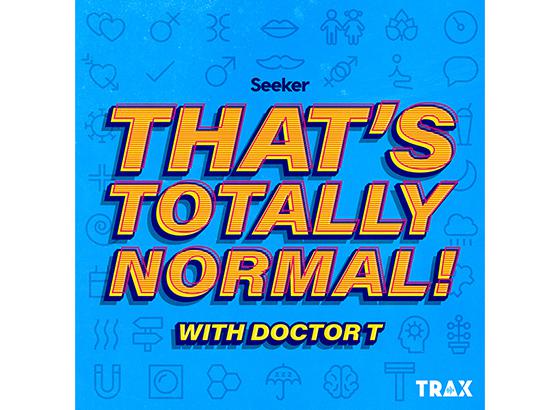 Group Nine science brand Seeker is turning its attention to tweens, with the release of two new podcasts created in partnership with TRAX, an arm of podcast network PRX launched in May focused kids nine to 13.

“That’s Totally Normal!” premieres today. The podcast series “offers a deep dive into what exactly is happening in your body when you’re a tween from a strictly biological and medical standpoint, arming young people with the science and terminology of what happens during puberty so it isn’t as scary or challenging to talk about,” according to the company.

The series is hosted by pediatrician Dr. Tessa Commers, who has more than 1.3 million subscribers on TikTok, where she helps spread teen body awareness and acceptance.

The second podcast, “The Genius Generation,” premieres on Thursday, December 10. Each episode features an interview with a young person who is behind a notable invention, entrepreneurial pursuit or discovery.

Host Danni Washington is the founder of Big Blue & You, a nonprofit helping to educate and inspire youth about marine conservation through the arts and media.

“Seeker is planning to continue developing content for the demographic on the platforms they frequent, as we have seen strength and success with Gen Z since developing tools to help them during these challenging times,” Kushner added.

Gen Z makes up about 20% of Seeker’s audience. (Millennials are its largest subset.)

Gen Z reach overall is up 230% since March, according to Comscore, which does not include TikTok or Instagram audiences. The brand nearly tripled its followers on TikTok year-over-year.

TRAX helped the Seeker team “figure out topics that resonate with tweens in the audio space,” which were “matched with the relatability and connectivity that we have with young audiences,” Caroline Smith, Chief Content Officer and general manager of Seeker, told Publishers Daily.

In the crowded media landscape, “building a connection with consumers early on is a core priority for us by way of longevity,” Smith said.

“We are always looking to engage audiences to pursue their passion in science and STEM… The more we can be a brand that fosters and encourages that curiosity, that’s what I would consider a real success for the brand,” Smith said.

“That’s Totally Normal!” and “The Genius Generation” will expand to additional multiplatform initiatives next year, according to Smith. The Seeker team expects to launch mid-form, short-form and written content with these franchises.