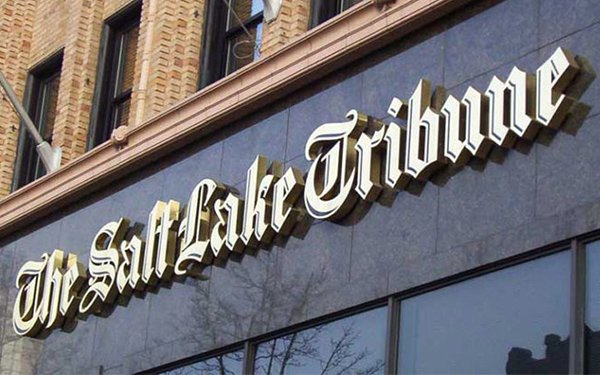 The Salt Lake Tribune and Deseret News — the two remaining dailies in Salt Lake City, Utah — will transition to weekly newspapers in 2021.

The Salt Lake Tribune has been printed daily for nearly 150 years, and the Deseret News has been in print for nearly 170 years.

The Deseret News will introduce a monthly magazine, according to an op-ed published Tuesday by editor Doug Wilks.

At the end of 2020, the two newspapers will not renew a nearly 70-year-old printing, delivery and advertising partnership — and 161 employees of the Utah Media Group will be let go.

The Salt Lake Tribune is owned by Paul Huntsman, a wealthy Utah political family. (His brother, Jon Huntsman Jr,. ran for president in 2012.) It has a paywall that currently allows seven free articles a month.

David Noyce, the interim editor of The Tribune, told readers in an email that no newsroom staff would be let go as a result of the changes.

“We know a lot of readers (and Tribune journalists) love the feel of newsprint in their hands each morning,” Noyce wrote. “Unfortunately, that’s not financially sustainable any longer. This print frequency change is made to position us financially for the future,” he added.

The Deseret News is owned by the Church of Jesus Christ of Latter-day Saints.

However, the Deseret News will let go of 18 employees, mostly from the newspaper’s visual editing and sales departments. Six journalists in three departments were also let go.

Wilks said there are nearly 500 times the number of digital users on Deseret.com versus local print subscribers.The Deseret News has no plans in place to transition to paid digital subscriptions.

The new weekly edition will feature investigative and explanatory pieces, deep dives, profiles and feature stories, as well as most of its usual sections, such as local, national and world news, sports, opinion and columns.

There will also be an expanded religion, environment and business coverage.