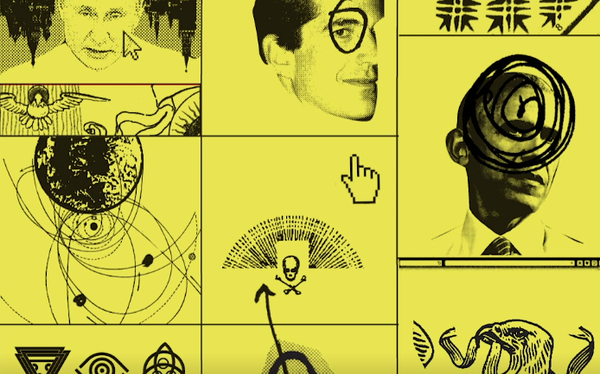 Radical Media and The Atlantic will co-produce a docuseries based on the magazine’s June cover story, “The Prophecies of Q,” which chronicles the dangerous and growing power of QAnon.

The magazine’s interactive companion project, “Shadowland,” is also the title of the future docuseries. The first season will be directed by Joe Berlinger, responsible for the “Paradise Lost 3: Purgatory” and “Jeffrey Epstein: Filthy Rich” documentaries.

The new, six-episode series will explore the false narratives and conspiracy theories that have gripped elements of the American public — and how they destroy object truth. Subjects include COVID-19, vaccines and the child sex ring Democrats, such as Hillary Clinton, are accused of running, which resulted in Pizzagate.

In the introductory essay to Adrienne LaFrance’s cover story, Atlantic editor in chiefJeffrey Goldbergwrote: “Trump does not defend our democracy from the ruinous consequences of conspiracy thinking. Instead, he embraces them. A conspiracy theory—birtherism—was his pathway to power, and, in office, he warns of the power of the ‘deep state’ with the ferocity of a QAnon disciple. He has even begun to question the official coronavirus death toll, which he sees as evidence of a dark plot against him. How is he different from Alex Jones, from the conspiracy manufacturers of Russia and the Middle East? He lives in the White House. That is one main difference.”

“Shadowlands” will address the movement’s followers, from suburban moms to paramilitary organizations, as well as how distorting reality can become an existential threat, especially when its propounded by a U.S. president.

Jen Isaacson, executive producer for RadicalMedia, noting the ongoing threat to democracy, told the trade pub: “Paranoid thinking is more powerful, more popular, and more dangerous than ever, threatening not just individual facts, but the very idea of truth itself.”

The Atlantic will publish ongoing pieces for its “Shadowland” series throughout 2020.