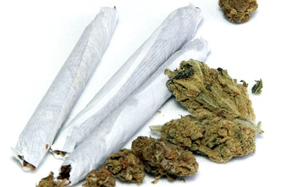 With four states legalizing adult-use marijuana yesterday, the biggest winners are likely to be the giants of the cannabis space—prominent among them Curaleaf Holdings.

According to returns as of early today, voters in Arizona, Montana, New Jersey and South Dakota have voted to legalize recreational marijuana—bringing to 15 the number of states to do so.

New Jersey is seen as a particularly key market because of the expected ripple effect its legalization could have on states like New York and Connecticut.

High on the list of state incentives for legalizing recreational cannabis is the need for tax revenue, which has become more acute as the negative economic impact of COVID-19 continues.

“New Jersey was viewed as an important state as we look toward further adult use legalization on the East Coast,” Ellen Scanlon, co-founder of cannabis education platform  The High Guide, tells Marketing Daily. “And we predict that New York, Pennsylvania and Connecticut will be watching New Jersey's cannabis-related job growth and tax revenue closely.”

Wakefield, Massachusetts-based Curaleaf Holdings has medical and/or recreational dispensaries in 23 states. Its growth has been fueled by the recent acquisitions of cannabis marketers Select and Grassroots Cannabis.

As of August, Curaleaf was the leading medicinal cannabis retailer and wholesaler in New Jersey.

“We believe the potential legalization of adult use in New Jersey could kick off a wave of legalization in the Northeast with New York, Connecticut and Pennsylvania likely to seriously consider adult-use legalization,” Curaleaf executive chairman Boris Jordan said during an August earnings call.

“We all know that a lot of the states have budget deficits. I think the recent numbers coming out of Massachusetts did not go unnoticed on the East Coast in terms of the potential tax revenues one can receive.”

Massachusetts made it legal for adults to grow and possess cannabis in 2016. Recreational retail sales began in late 2018.

New Jersey’s legalization is one step in what will probably be more of a marathon than a sprint toward retail sales. That’s due in part to the fact that the state has just 12 medicinal dispensaries, which are expected to be given the first option to offer recreational cannabis.

“The big concern is, when adult use comes online, are those operators going to be able to serve that big wave of demand, not only in New Jersey but from neighboring states?” Rob DiPisa, partner and co-chair of the cannabis law group at  Hackensack, New Jersey-based Cole Schotz, said in a recent event hosted by Marijuana Business Daily.

Last year, New York appeared to be close to legalizing recreational cannabis through a legislative process—as opposed to a voter initiative—but it stalled in the state legislature.

With four medicinal stores in New York as of August, Curaleaf CEO Joseph Lusardi said, “We also think that New York will ultimately become an adult-use state and are already formulating plans to materially increase our cultivation capacity within the state.”

Connecticut legalized medicinal marijuana in 2012 but has made little progress toward recreational use.

In August, Curaleaf held four of the 18 medical dispensary licenses in Connecticut and one of four cannabis production facilities, “giving us the number-one market share in the state,” said Lusardi.

He expressed optimism that “adult-use cannabis will be a reality in Connecticut in the next year or so.”