Did Gig Workers Lose Out On California Prop 22? 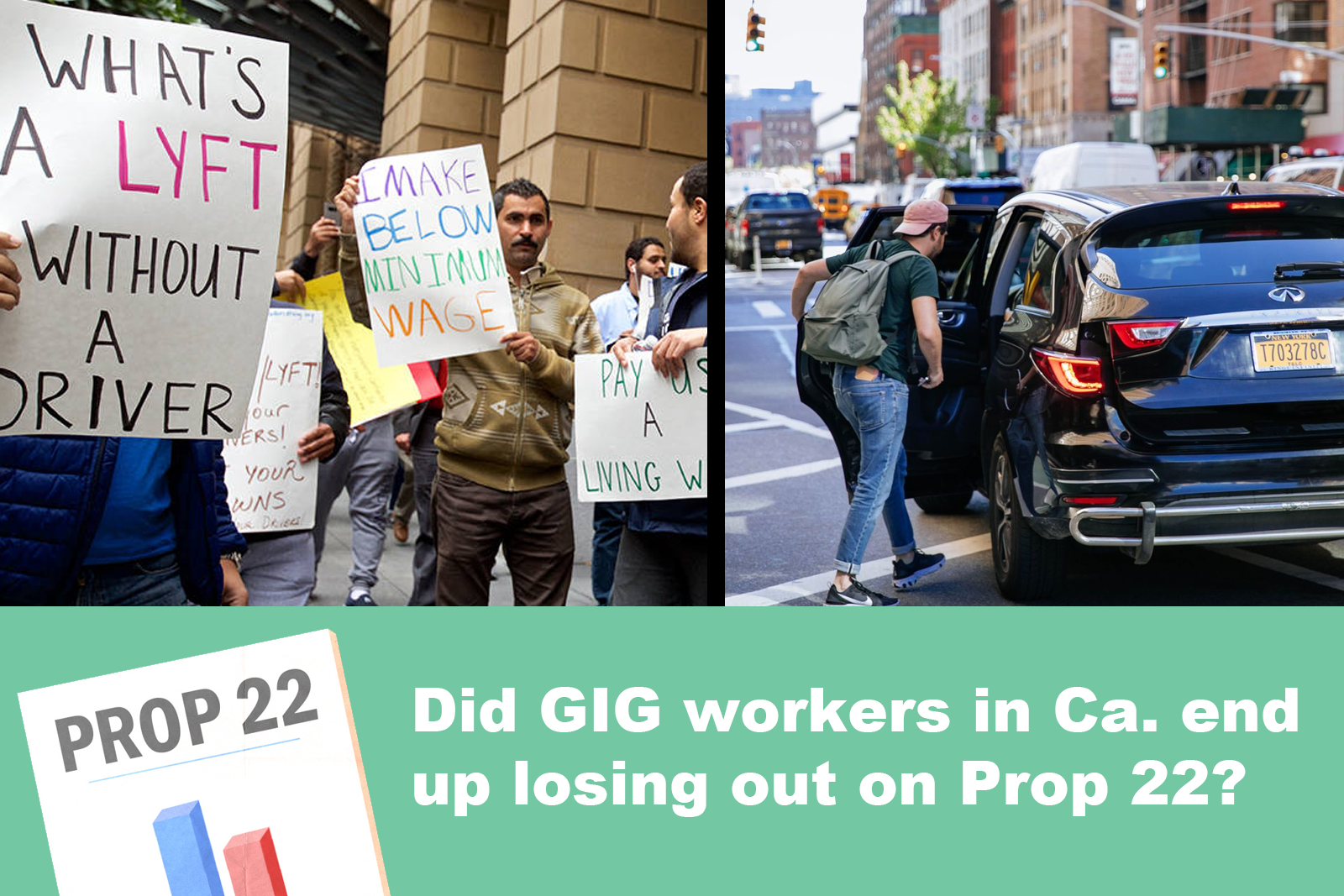 I remember the first time I understood the power I had. In trying to explain the allure and the conundrum of being a startup serial entrepreneur, I explained it this way: “I don’t mind having my butt kicked every day, as long as it’s my foot doing the kicking.”

I’ll kick my own ass, thank you very much.

So that’s what we learned last week in California, when Proposition 22 convinced voters to limit the rights of gig workers. You read that right. Let me explain.

Prop 22 was supposed to be a law that would give gig employees more rights. It promised to give workers at Uber, Door Dash, and Lyft a better slate of benefits. So, that sounds good, right? It appears that California voters agreed.

The only problem is, the actual benefits it provided were terrible. And confusing. Under Prop 22, the so-called gig companies have to pony up 120% of the minimum wage. That appears to be a win.

Well, not really. In the fine print, the law says workers are only paid for “engaged time.” So, for example, Uber drivers are paid from the time they accept a job to when they drop off a passenger.

But Uber drivers know that they’re working far more hours than that, between waiting for a job, gassing up the car, and other “non-engaged” efforts. According to one study, almost 30% of driver's time won’t count as “engaged time.” The study found that the actual wage guaranteed by the law was more like $5.64 per hour.

Ouch. That’s hardly the living wage that voters thought they were voting for.

So, how did the law pass? Well, DoorDash Uber, Lyft, Instacart and other gig companies shelled out a massive $200 million ad campaign. And they used their apps to communicate with customers, so you might be told that your Uber driver supports Prop 22. You might have even gotten a flier along with your food delivery trying to sell you on Prop 22.

So, don’t feel bad if you thought 22 was good, and it turned out to be bad for gig workers. The ads pushed a law that was a massive bait-and-switch. And it's likely you didn’t hear anything about a California ballot proposition unless you lived in California.

But the California law is already poised to have a national impact.

“Prop 22 is great for employers, but it’s a huge loss for workers,” Robert Reich, a University of California, Berkeley, professor of public policy and former U.S. Secretary of Labor, told The New York Times. “This will encourage other companies to reclassify their workforce as independent contractors, and once they do, over a century of labor protections vanishes overnight.”

This is the conundrum. What drivers like about Uber is their perceived independence. They can drive when they want, and they can stop when they want. They feel they have no boss.

Still, drivers aren’t happy with Uber’s overlord tendencies. As Uber drivers told me, they’re often at risk of being suspended or having their access to Uber trips revoked for a list of reasons that often seem arbitrary.

Being “deactivated” can happen for a long list of reasons. Some of them are based on safety, while others are more subjective. Uber ratings are a key metric, and any driver with a rating below 4.8 is at risk of deactivation. Uber tracks speed limits and can warn or deactivate drivers who are found to be exceeding the speed limit. But perhaps the most complicated metrics are cancellation rates. Uber drivers accept trips without knowing their destination or length. But canceling trips because they’re too long or too short can get you deactivated.

Simply put, the gig companies present themselves as "side hustles" or folks looking to pick up a little spare cash. But for most gig workers, driving, delivering food, or shopping is essential income, and often a full-time job.

So expect Proposition 22 to embolden the gig companies to move aggressively into more states, looking to solidify their legal rights to treat workers as contractors rather than employees. This isn’t a trend that is going to change any time soon.

1 comment about "Did Gig Workers Lose Out On California Prop 22?".
Check to receive email when comments are posted.
Next story loading